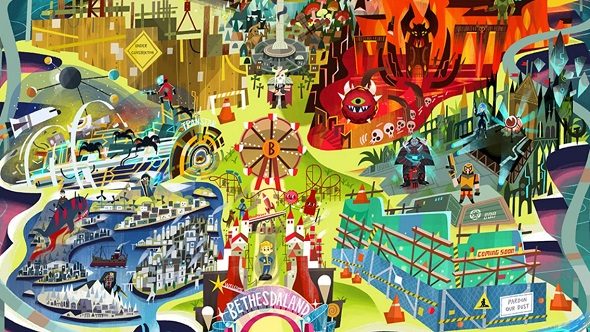 As the E3 hype juggernaut picks up speed, companies are starting to reveal details about their upcoming press conferences. With invites starting to go out, the invitation for Bethesda’s press conference hints at two new game reveals during their presentation.

Check out this list of games which are definitely coming to the PC soon.

Styled like an advert for a ’50s theme park, Bethesda’s invite welcomes guests to ‘Bethesdaland’, with the invitation showing off all the locations that people will be able to ‘visit’ at E3. You’ve got areas dedicated to Doom, Quake, The Elder Scrolls, Prey and Dishonoured but two areas of the park are currently ‘under construction’. Based on their presence in this promotional art, it’s fair to assume that Bethesda will be revealing two new games during their event on June 11. 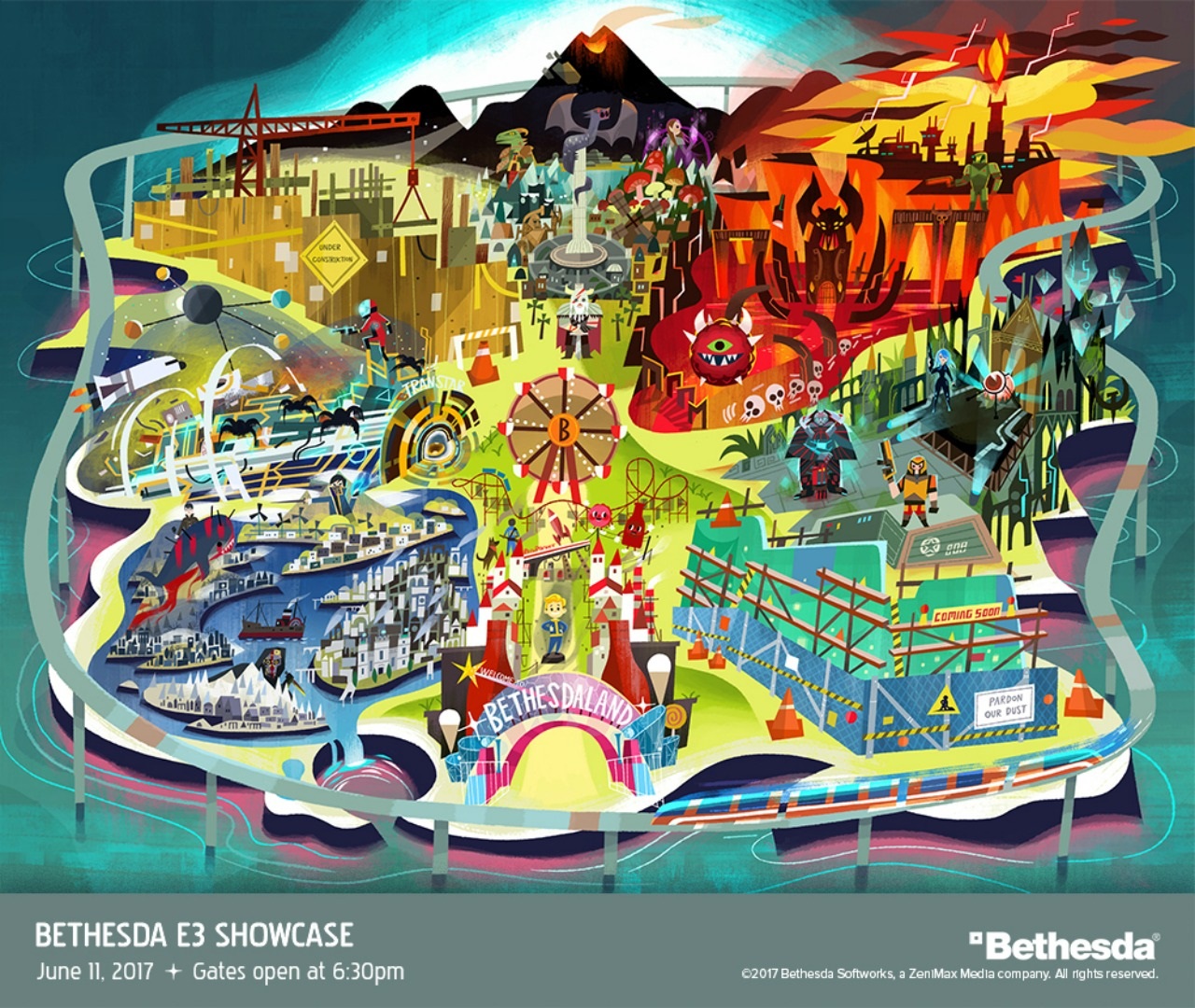 Unfortunately, besides the “Pardon Our Dust” sign on the building site in the bottom right hand corner, there aren’t many distinguishing features about these two hidden areas. The lack of a dedicated Fallout area could be telling, but Vault Boy’s prominence at the centre of the park could rule out one of these reveals being Fallout-related. The prevailing theories are that these two game reveals may be The Evil Within 2 and Wolfenstein: The New Colossus.

Machine Games, developer of Wolfenstein: The New Order, are currently at work on something and a subtitle of ‘New Colossus‘ did appear next to previous Wolfenstein games during last year’s Bethesda press conference. Moreover, Bethesda marketing executive Pete Hines has said that Machine Games are working on something “fucking bananas” according to an interview with Kinda Funny back in February, so this year’s E3 is looking like the place to reveal this project.

This is all just speculation at the moment; we will get a proper answer on June 11 at the press conference. If you have any theories or hunches, make sure to tell us your thoughts on what these two games may be in the comments below.