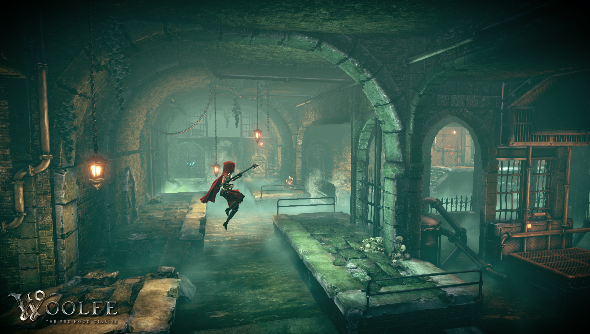 Alas, times can be tough when it comes to game development. It’s a situation indie studio GRIN is suffering right now as they put their passion project Woolfe to bed and file for bankruptcy. With not a penny left, the team just can’t continue with the game.

Announcing the situation on the Woolfe website, GRIN’s Wim Wouters wrote: “The team is now dismantled and we have requested bankruptcy unable to pay outstanding bills. I guess our public silence the last few months already said a lot,”

“The optimist in me led me to believe we could actually pull off making a “bigger” indie game. I really wanted to prove an indie game did not have to be rendered in pixels or stylized as a solution to cut development costs. I wanted to believe that a team of 6 to 10 people could make a game that looked and felt AAA. Boy was I wrong!”

Woolfe generated much of its budget through a Kickstarter effort, and Wouters laments that GRIN has let down all its backers. Sadly, many rewards had already been created – such as posters and badges – “but we have literally no money whatsoever to pay for stamps, let alone print the artbooks and dvd-cases.”

Woolfe was to be released in two parts. Volume 1 is available from Steam, although has suffered poor reception from players and critics. Wouters explains in his statement that there will be no way to finalise production on Volume 2, and so the game will never see release. “All interested publishers have backed off and we no longer have the financial means to self publish,” he explains. “So with a heavy heart I have to communicate that as of now the IP of Woolfe, all of the assets and source code is now for sale via the appointed trustee Cathérine Lannoy.”

It’s always sad to see a passionate studio go under. Even if Woolfe felt like a disappointment to many players, it’s a shame that a misstep can result in the destruction of livelihoods. We wish the team at GRIN the best of luck in moving on.