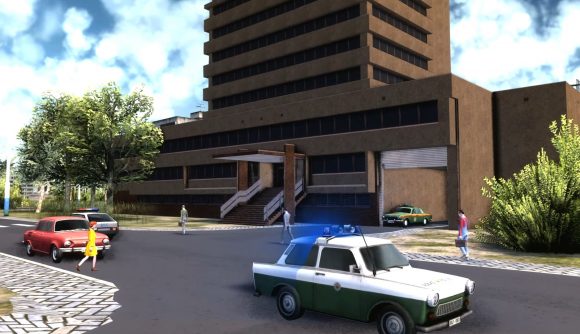 A new major update is out now for Cold War-era city-building game Workers and Resources: Soviet Republic that adds the long-awaited crime and justice system. As fans might well expect, it’s full of new schedules to manage, vehicle fleets to set up, and government buildings to construct and run.

As with the government loyalty update last year, which added secret police and orphanages, this new update adds an entirely new dimension to Workers and Resources’ simulation. Now, in addition to happiness and loyalty, individual citizens have a ‘criminality’ behaviour trait, a variable that determines how likely they are to commit crimes.

To manage this, you can now build police stations, regional courthouses, and prisons, each of which provides a new menu for fine-tuning your approach to crime. In the courthouse, you can set staffing levels and determine sentence lengths for minor and severe crimes, while the prison gives you the option to use detainee labour for your more ambitious construction projects. Naturally, there are new police cars, trucks, and vans available now to move officers and prisoners from point A to B as well.

Here’s a trailer with the details: 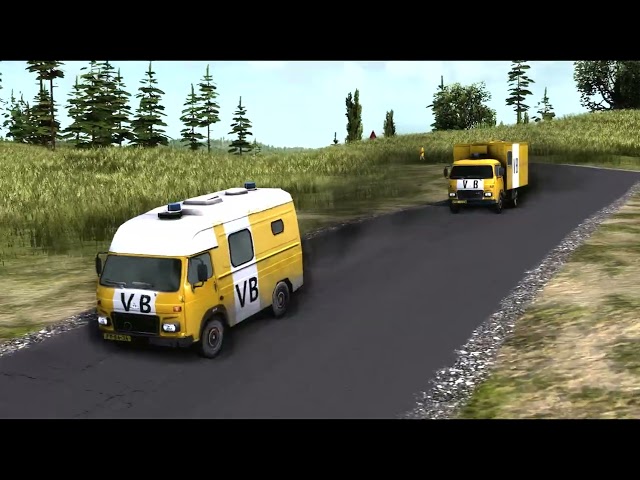 Adding an extra dimension to citizens’ needs and behaviour naturally makes the game more challenging, and the developers have included the option to switch all this off if you’re not keen on it.

Even if that’s the case, the latest patch won’t leave you out in the cold. There’s also a new rail distribution office to build, where you can plan train routes, purchase new railcars, and set schedules all from one handy-dandy location.