It’s sometimes helpful to think of game years in a similar way to dog years. When a dog reaches its tenth birthday, it’s actually getting into its later years and probably isn’t quite as active as it was back in its heyday. The same can be said about games, as they often have a similar lifespan to our canine companions. So, when a game reaches the ripe old age of ten and still boasts an active player base as large as World of Tanks does, you know it must have a special place in many players’ hearts. (If you haven’t tried it yet, it’s free).

To celebrate the MMO’s tenth anniversary, we’ve decided to take a stroll down memory lane and provide you with ten facts from the game’s rich history. Some may be familiar to you World of Tanks veterans, but we’re sure you’ll learn a thing or two about the early days of Wargaming’s golden child. Personally, I learned that The Offspring’s former labelmates NOFX poked fun at their fondness for going ‘whoooaaa’ in choruses with a short song called ‘Whoa on the Whoas‘. Amazing the places research can take you.

So, without further ado, here are ten facts about World of Tanks that you might not have known.

Despite World of Tanks’ undeniable success, the game did face a rocky road to release. Just a month before launch, Wargaming completely ran out of money. The team had bet everything into the game, leaving all hopes resting on its popularity upon release. As the company’s CEO, Victor Kislyi recalls: “we literally ran out of money, and I mean it. There was nothing left! Absolutely nothing! Zero! My mum even ripped up a pillowcase and gave me everything that had been saved for a rainy day”.

Victor continues by explaining how his friends also helped him out. “I remember my old friend arrived on a scooter, took off his helmet, and handed me a small sack with crinkled banknotes, saying, “Here’s as much as I can spare…” I thanked him and took it. That’s how we lasted through the month, surviving with the help of friends”. I think it’s safe to say the gamble paid off as Wargaming is now one of the most successful development companies in all of gaming. The company was valued at $1.5 billion (£1.14 billion) back in 2016.

For more on the early days of World of Tanks, check out this video from the devs themselves. 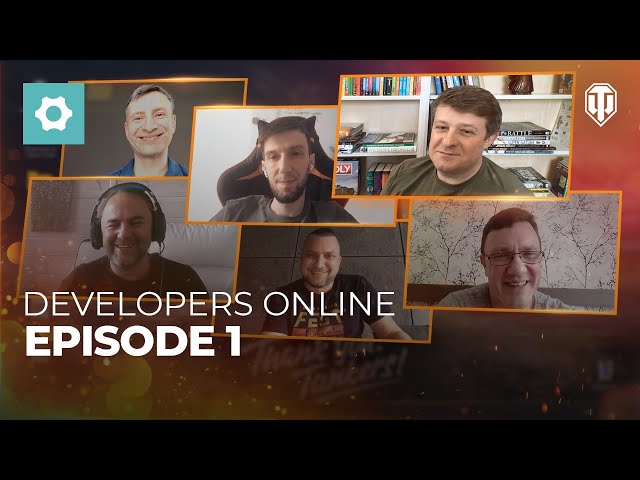 World of Tanks was born on August 12… sort of

The birth of World of Tanks was not as easy as you might have thought. August 12, 2010 is officially considered the game’s birthday, but early players may remember that it was actually launched over a two-day and three-night period.

Like the launch of many popular multiplayer games, World of Tanks’ servers struggled heavily with the sheer number of players wanting to hop into their war machines and blitz across the battlefields. In reality, the game’s birth ran from August 12 to August 14. So, perhaps World of Tanks should really allow itself two birthdays – if the Queen does it, why can’t Wargaming? 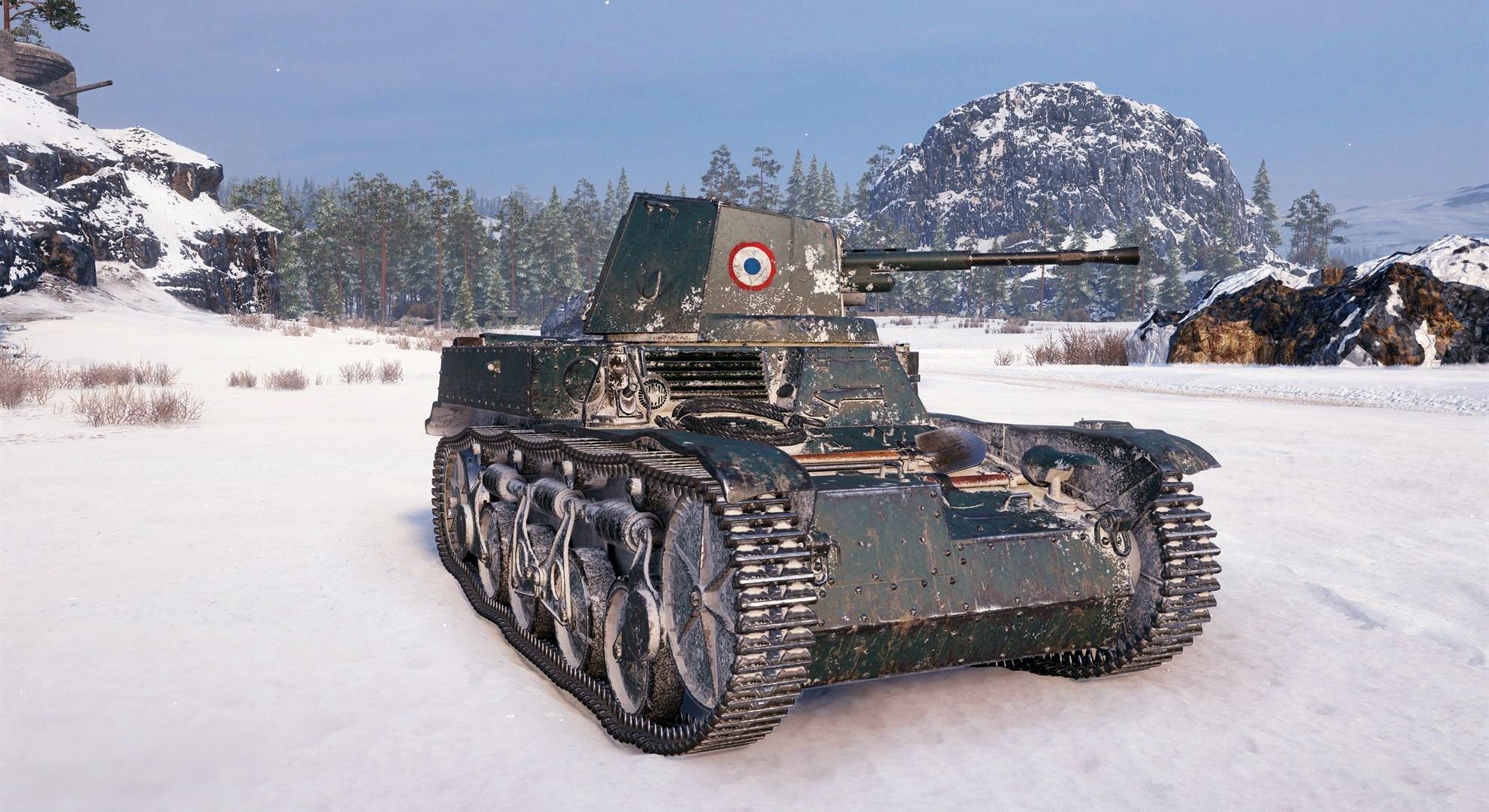 Just before the winter holidays of 2010, a number of lucky players found themselves on the ‘nice’ list and were treated to a mysterious gift of gold (a form of currency in World of Tanks). While some may have assumed it to be an early present from the game’s version of Santa – he drives a Mammoth tank from Command & Conquer drawn by flying reindeer – it was actually due to an error in the test server. The mechanics for automatic crediting to player accounts were being tested and they accidentally slipped into the latest game update, handing over a whole bunch of precious gold into players’ wallets.

Shell out: The best war games on PC

This news quickly spread across the forums, and as you can imagine, tankers who didn’t receive anything weren’t too happy. Wargaming’s management team decided to reward all active players with the M3 Light Premium tank, which helped to ease discontent amongst the players. Since then, gifting players a Premium tank for the holidays has become something of a tradition and 2020 was no exception, with players receiving the AMR 35, a light scout vehicle. 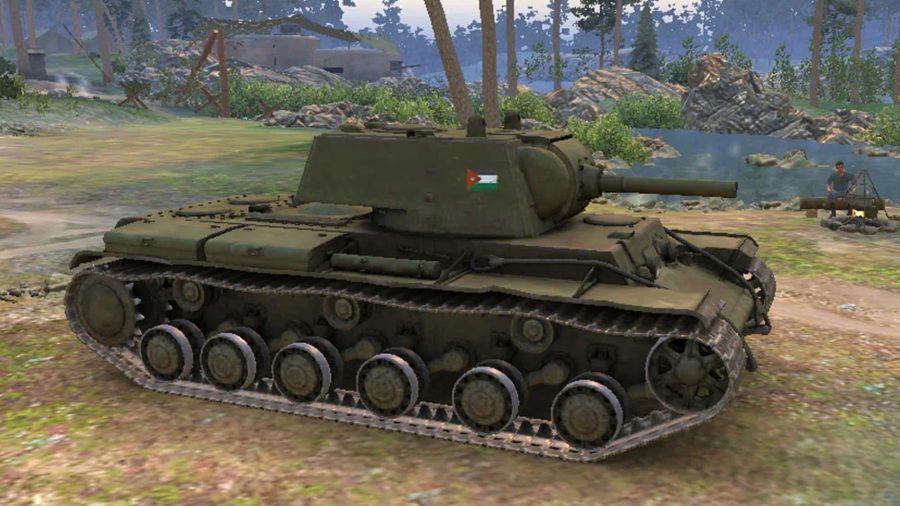 Royalty in the ranks

Imagine you hop online for a quick game of World of Tanks before bed. You plug in your headset to talk strategy with your team, only to find out that you’re playing with a real-life king. Well, you probably wouldn’t believe them. But it’s actually entirely possible as, amongst the game’s 180 million players, there is a literal king! The King of Jordan, to be precise.

When Wargaming added the option to apply emblems and inscriptions to vehicles, the King contacted Victor directly and asked him to include the flag of Jordan in the update. It wouldn’t have been a problem if not for this conversation occurring the day before the update was due to release. Luckily, the team implemented all the necessary changes in a single night, allowing the country’s flag to appear in the game. 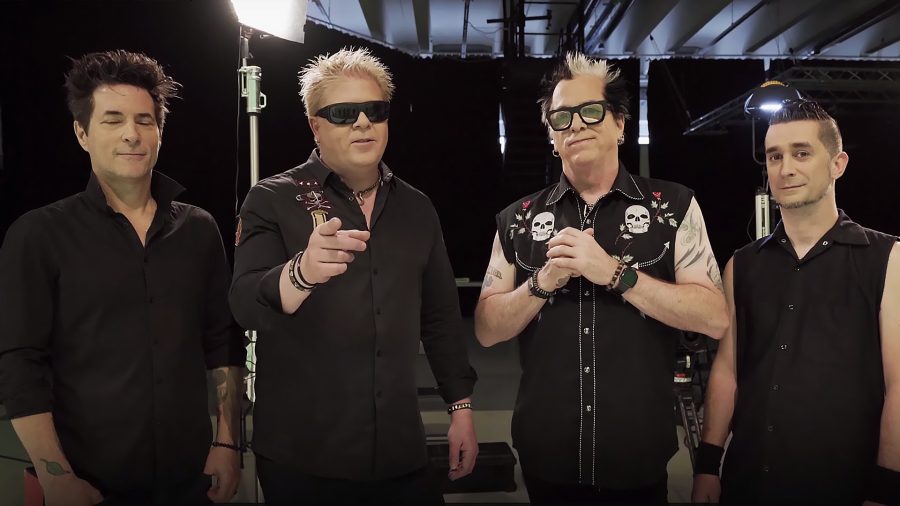 Any fans of Californian punk rock band The Offspring? Some of you younger readers may not be as familiar with their work, but you’ve probably heard some of their more famous tracks like Pretty Fly (For A White Guy). Well, if you were playing World of Tanks on September 18 last year, you may have got more acquainted with the band as they performed all their hit songs during an in-game virtual concert. Just days after the group performed at Wargaming Fest: Tanker Day in Minsk, Belarus, they took to the World of Tanks stage with their mocapped in-game avatars.

Not only this, but Wargaming also released an Offspring-branded tank for any fans who wanted to express their love for the SoCal band. While it may seem like an unlikely pairing, the partnership was fairly popular amongst players who enjoy a little sprinkle of punk in their multiplayer games.

If you received an in-game message from a player calling themselves Natasha and asking to “borrow your tank for a few rounds”, you’d probably just ignore such an obvious ploy, right? Well, that’s not the course of action that a few trusting players decided to take. In fact, a fair few people fell for this ridiculous request back in the early days of World of Tanks.

Swindlers nicknamed ‘Natashas’ set about asking players to let them drive their tank, only to then take the victim’s account and leave them with nothing. It’s not exactly Ocean’s Eleven, but it seemed to work often enough back in 2010. As a side note, if you’re reading this and thinking about pulling off your own Natasha-esque heist, don’t. The devs are far more clued-in about these kinds of cons and such actions are severely punished. 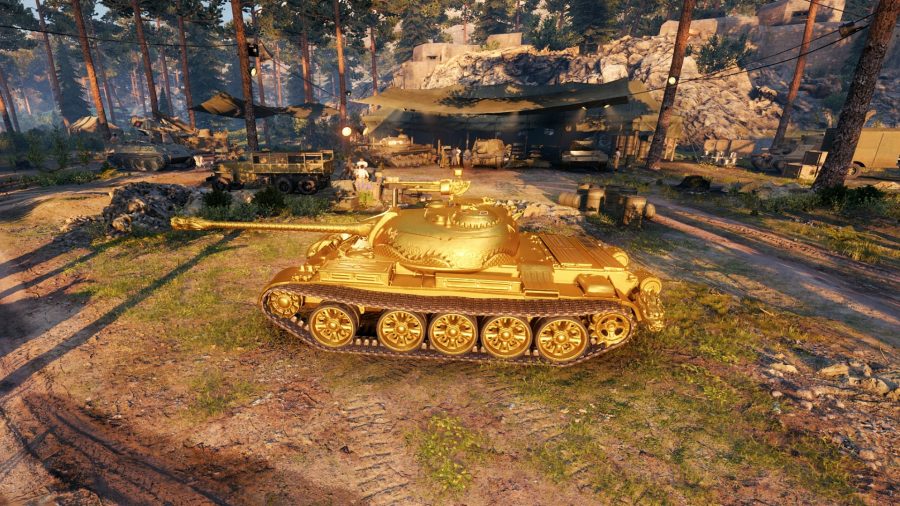 Similarly to the much-loved Pokemon games, World of Tanks features elusive legendary tanks for players to acquire. The very first Chinese tank in the game, the Type 59, became one such vehicle. It was a fast and manoeuvrable Tier VIII Premium tank with good damage. Everyone wanted a piece of this beast and, due to its popularity, there were soon hordes of Type 59s on the battlefields. As you might have guessed, this quickly resulted in an abundance of balance issues and the developers had to discontinue the sale of the tank just a month and a half after its release.

Acquiring the illustrious Type 59 has been a dream of many players ever since it first appeared in the game. There is also a golden version of the tank available in the game, called the ‘Type 59 G’, so keep your eyes peeled!

When the game was in its early years, the devs were working on optimising button layouts on the game’s menu. This resulted in the location of the Exit button being changed from update to update as the devs studied player feedback in search of the optimal position. However, as you could imagine, this was particularly annoying for the players themselves as the button would move just as soon as they got used to the new layout. 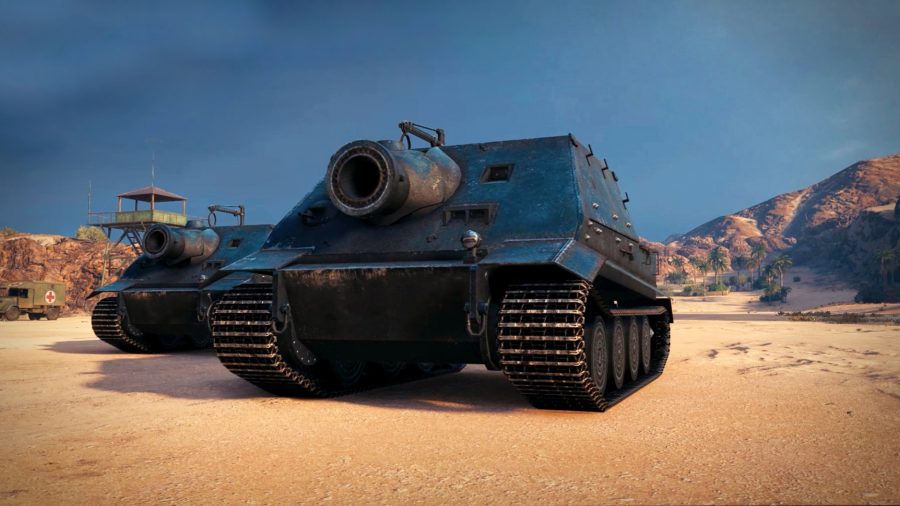 When World of Tanks first launched, it was relatively simple to chat to the developers. Many active players knew their nicknames and messaged them on the forum or in in-battle chat. However, not everyone was in the loop when it came to this knowledge.

After hopping in for a quick match, the game’s lead designer, Sergey Burkatovskiy, received a message from a player who was trying to sell him some in-game gold for cheap. Sergey, obviously realising the player was up to no good, reported the account to Player Support and requested that they ban him from the game chat. However, due to a slightly embarrassing oversight, they accidentally banned Sergey’s account by mistake. Oops. Luckily, the team could easily remove all the restrictions as soon as they realised they’d got the wrong man.

A veteran World of Tanks player once wrote a review of the game and offered some feedback to the developers. The player explained that he loved the game but complained about the lack of variety, stating that the devs should add in more tanks available for use. Wargaming were a little confused by this, so they decided to check the players stats, only to discover that the reviewer had played over 12,500 battles, all in a Tier I tank.

It turns out that he just didn’t realise that you could research and use other tanks. So, for a good few years, he exclusively battled in the MS-1, the starting tank in the Soviet tech tree. Moral of the story: if you’ve spent thousands of hours in a game, maybe make sure you’ve checked out all of its features.

If any of this has piqued your interest, hop in and try the game for free!