Intel-powered ray tracing is now ready for real-world testing in the World of Tanks EnCore tech demo, available now. Injecting realistic shadows into the game has been the responsibility of Bronislav Sviglo and his team, so we’ve spoken to the devs to find out just how its DX11 ray tracing implementation in the EnCore engine works without the need for any dedicated silicon.

Real-time ray tracing has crept into the public eye ever since Nvidia launched its RTX 20-series graphics cards. Featuring dedicated ray tracing hardware, or RT Cores, these GPUs have been the only ticket to realistic shadows, reflections, and lighting since their inception. But no longer, the World of Tanks devs are trying a different approach, one which leverages your under-utilised multi-core CPU and doesn’t require Microsoft DXR, DirectX 12, or an Nvidia RTX GPU.

“So we’re trying to utilise all we’ve got – all the computational resources that we’ve got,” Sviglo says to PCGamesN. “We thought that it would be wise to utilise all of that because in the games that use hardware acceleration, they use the GPU for BVH (bounding volume hierarchy) construction. So they put a lot of pressure on the GPU. We wanted to distribute that among the CPU and GPU.”

Ray tracing has a profound impact on frame rates, notably dipping performance on even the best graphics cards with dedicated ray tracing silicon. Unsuited to the World of Tanks audience – who are often more parsimonious about their PC builds – the devs set about instead distributing the ray tracing workload to under-utilised silicon in your PC under gaming workloads: the CPU, or at least some of its cores.

While CPU core counts are increasing, game engines have yet to catch up. Single-threaded performance in-game often outweighs any benefit of vast quantities of logical cores on chip. Hence why Intel’s eight-core i9 9900K outpaces AMD’s 12-core Ryzen 9 3900X during gaming benchmarks. 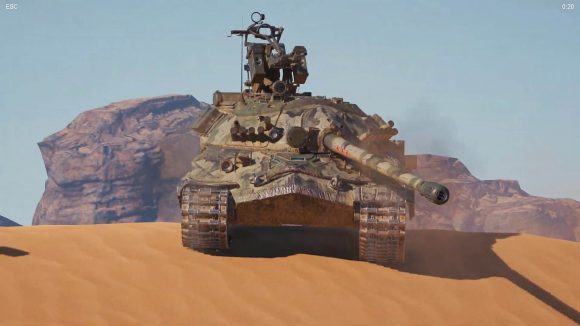 But to understand how World of Tanks’ ray tracing puts your CPU to better use, you have to first understand the basic stages of real-time ray tracing, Sviglo tells us.

“Basically, there are three main stages,” he says. “The first stage is to prepare older geometry for real time ray tracing. So it’s basically built like a BVH structure. That’s the first stage. The second stage is the tracing itself, where you can trace rays and intersect them with that BVH and the triangles that are stored inside. So in this stage, you could use shadows, reflections, or anything you want. And the third stage is denoising.

“The first stage, the building of BVH structure, can be done either on compute shaders or on the CPU like we do. So we’re using the Intel Embree library that is a heavily optimised library that’s used to calculate that BVH structure every frame using all the available cores on the CPU. So the main difference with our implementation and the implementation with the hardware acceleration is that basically the first stage is done not on compute shaders, but on the CPU.”

Which is all good news for players hoping to put their shiny new high core-count processors to good use beyond streaming, professional, and content creation workloads – which had often been the mainstay audience for said chips. 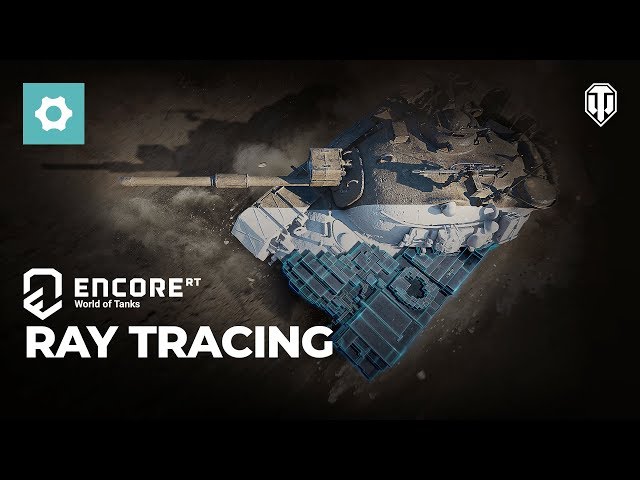 “Because the first stage, the BVH construction, is done using the CPU, the more cores you have, the better. And the second stage and the third stage, so ray tracing itself and denoising, uses compute shaders, like CUDA cores. So the more CUDA cores you have in your graphics cards, the better.”

But despite offloading some of the work to your CPU, even World of Tanks’ approach requires a hearty GPU. The devs expect a performance hit similar to that of RTX games today for its rather limited implementation, dependant on your exact settings and hardware. CUDA cores aren’t quite up to par with custom-designed ray-chomping RT Cores either – so Nvidia’s acceleration still rules the roost.

The tech demo is now live over at wotencore.net. Unfortunately we were unable to get an exact date for ray tracing integration into the public game release, but it’s coming.