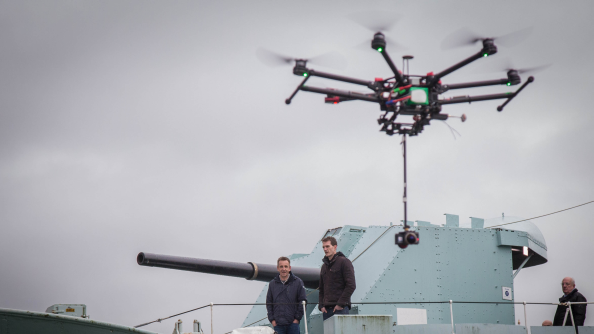 Matt Daly has a problem: camera wobble. It’s a problem that is particularly crippling when you’re attempting to record a documentary. In VR. It’s a problem exacerbated further when you’re encased in the cramped, rusting, gently rocking engine room of a World War 2 warship, attempting to dangle a 360 degree camera from what looks like the remnants of a fuel pipe by a single piece of string.

This is a difficult situation. Particularly because on deck, freezing his historical nuts off, is TV historian Dan Snow, waiting to film a piece to VR camera.

Wargaming have got their work cut out.

Got a thing for tracked artillery? Try one of the best tank games on PC.

Today’s effort is the latest in a series of historical side projects the World of Tanks publishers have invested in and promoted. They raised an aeroplane from the English Channel; sponsored an exhibit at The Tank Museum (“If you like tanks, you’ll love ALL THESE REAL TANKS,” goes the logic.); flew a load of vintage planes from Alaska to Siberia; made the Russian and American ambassadors shake hands. In the digital realm, they’ve filmed tank documentaries and staged 360-degree World War II battle reenactments in VR.

Why are they doing this?

“We have this unique audience: gamers that became historical enthusiasts and enthusiasts who became gamers,” says Daly. “We have this geek layer at our executive level where everybody is an entrepreneur at heart and a geek at heart. We have the mind share, we have the attention. Why would we not do a lot with that and make the story deeper, am I right?”

Wargaming call their extracurricular extravagances Special Projects, and Matt Daly is the leader of that none-more-sinister-sounding division. Not to be confused with the company’s historical consultants, his job isn’t to take measurements and ensure the veracity of the vehicles in Tanks, Warplanes and Warships. It’s to “augment” the experience of playing those games by telling the stories of those tanks, planes and ships.

World of Tanks might be about hiding tracked artillery behind bushes, but Wargaming and their players care intensely about authenticity. 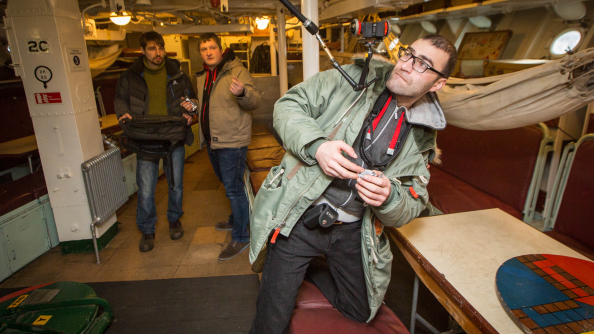 “Media savvy audiences are increasingly sceptical,” believes Daly. “They don’t want to be marketed to all the time. I think we’re in a weirdly unique position with this really strange, interesting and massive audience that’s interested in the subject matter. We have this broad base that we can build on, and I don’t think there’s another game franchise that has that.”

That desire to educate an audience only too happy to learn is the reason Wargaming contacting the Chatham Historic Dockyard Trust; it’s the reason Dan Snow is up on deck today.

VR experiments like these account for just a fraction of Wargaming’s Special Projects work, but they’re among the most elaborate. Daly wants to ensure they justify the use of the technology. 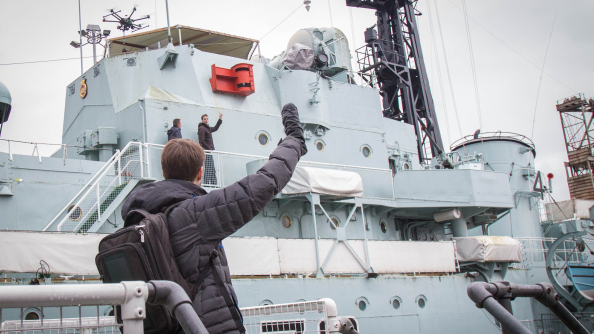 “VR content creators get away with a certain level of laziness,” he explains. “It’s like, ‘Let’s put a camera down in a middle of a field and walk away and call that an immersive experience’. You might as well take a photo.”

Not being lazy means treating the camera with a respect worthy of the fan in a headset behind it – as a co-presence rather than just a frame. Since the viewer dictates the camera angles themselves, the director is reduced to providing as many notes for the presenters as possible before standing back and letting the 360-degree scene roll. It’s a little like theatre: the production team has disappeared, and Dan Snow is left in the engine room to perform. Well: perform and fret over his body positioning. 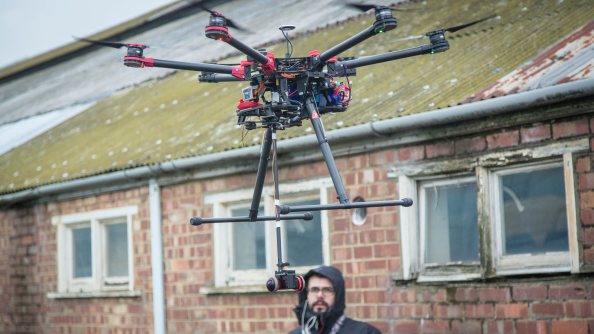 That Nietzschean process is helped along by the cameras, which are tiny enough to quickly disappear from consciousness. Daly reels off the next technical advances on the horizon.

“The cameras are getting smaller, more intelligent, with depth perception and parallax. It’s all going to be stereoscopic. There’s going to be headtracking. It’s all moving in that direction.”

With the incredible machine that is World of Tanks behind them, Wargaming’s Special Projects division can afford to be ambitious. So what would the dream project be?

“It would involve veterans,” muses Daly. “It would involve actual storytellers who were there. A mixture of computer-generated and actual photography – it’s a spectrum. 3D spacial audio, haptic feedback, interactivity, playing with the Oculus. The dream is a version of the Matrix but in my lifetime.”