Is everybody who would be into World of Tanks already playing it? If not, what’s putting them off? These are the luxury questions of PC development: the sort studios ask themselves only when they’ve long since breathed the sigh of relief of breaking even.

Looking to sally forth into 20th century history? These are the best World War 2 games on PC.

In Wargaming’s case, they find themselves five years on from the EU release of their multiplayer niche prospect with 140 million players, wondering if there are still more to be had down the back of the couch.

“Our market is not saturated,” explains producer Artiom Muraska. “We have lots of space to grow. So yes, we’re still focusing on acquiring new players.”

Just to clarify: that’s not on the Xbox One and PS4, where World of Tanks has just arrived, but on the PC, where it’s been entrenched for half a decade. And Wargaming aren’t simply being bullish. They’re done their analysis, run the numbers, and worked out there’s room to expand in Europe. 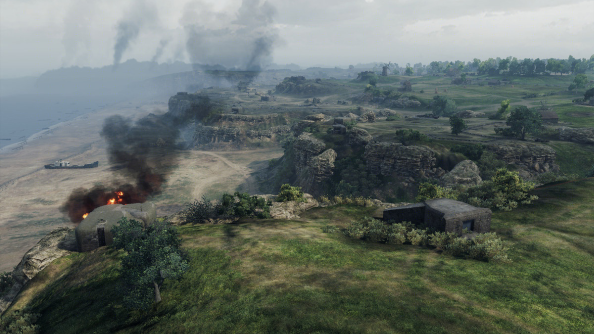 Where will they find these would-be crewmen and women? Some, they suspect, are sold on the idea of tracked armour but overwhelmed by the 10 tiers of tanks now in Wargaming’s garage – totalling 400+.

“We do understand that providing more and more content is good for an old player, but might be frustrating for a new guy who comes into the game,” says Muraska. “He starts with a challenge, to choose from eight nations, and then a favourite vehicle.”

Recent updates have targeted new players, and Wargaming are now simplifying the initial levelling process – ensuring the vehicles available after sign-up are first tier, with the minimum amount of modules to research. They’re also building on personal missions – the in-match objectives which are “all about taking things one at a time” (“Don’t fret,” read the developer’s reassuring introduction last year).

“We’re simplifying the concepts, still polishing these entrance levels to funnel our players down,” says Muraska. “Because Marketing tells us we still have space to grow. It’s a cooperation between developer and publisher.” 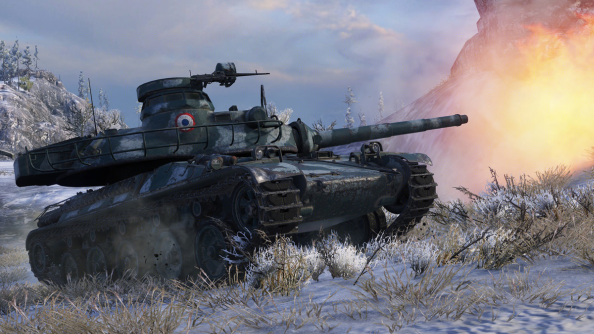 Marketing are also behind the now-monthly events Wargaming run. But the cadence of actual updates is slower than you might expect. Muraska and his team are wary of annoying their regulars by “spamming with patches”. Before this month’s batch of deep tweaks, it had been all quiet since the introduction of Czech vehicles back in December.

“For the moment we’re focusing on providing something interesting and not on providing [a patch] once per month,” says Muraska. “We’re packing most of the stuff in updates.”

What’s intriguing about the March update is that even now, Wargaming are making improvements to World of Tanks’ core tech.The changes to physics that rolled in two weeks ago represent months of back and forth over precisely what dosage of history makes players happy.

In the first iteration, Wargaming embraced the “extreme” reality of propelling a 60-odd tonne vehicle over iffy terrain. 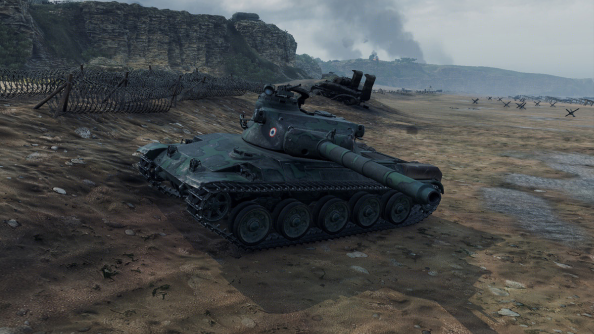 “The players couldn’t take it,” recalls Muraska. “Because it was unplayable.”

After that they overcompensated, plumping for a physics model that felt less frustrating but didn’t convey the fantasy – that testers were operating heavy military machinery. The winning, goldilocks solution lay somewhere in the middle.

“Now it’s a mix between gameplay and real historical stuff,” says Muraska of the implemented physics. “As a player you have better control of your vehicle so you can do more manoeuvres compared to [the last iteration].”

It’s a similar process whenever Muraska’s team – based in Wargaming’s Minsk office and assembled from hundreds of staff, including full-time archivists – introduce a new vehicle to World of Tanks.

“Balance is a headache for us developers,” he admits. “It’s a really hard and tricky question because we have some of the guys saying, ‘Yeah, that’s a good vehicle’, and then the rest of the world will say, ‘No, that’s not true.’” 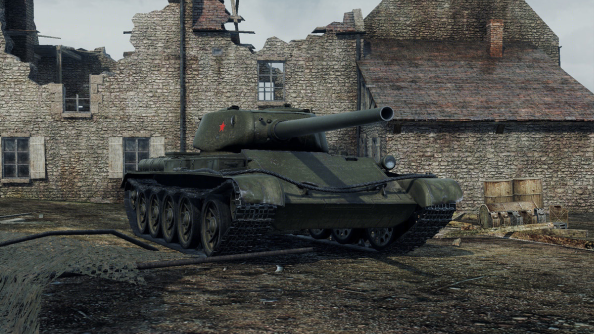 Wargaming have learned not to trust their gut but to dig through reams of stats to see how the data compares with the public perception. And that tension between real history and “comfortable gameplay”? It never ends.

2016 promises perhaps Wargaming’s biggest balance puzzle yet. September 15th marks the 100th anniversary of the Battle of the Somme – the first ever conflict to feature tanks. But the prototypical British Mark I, which combined the caterpillar tracks of a US tractor with iron armour, would be no match for the more contemporary machines in World of Tanks’ catalogue.

“There are some challenges under the current metagame,” understates Muraska. “We can’t make it work under normal gameplay, so we’re definitely thinking on this one. It has to be something special.”