There is a good chance that, by now, you are desensitised to anything you hear about World of Tanks. The free-to-play behemoth is so ubiquitously slathered on ad boards across the internet that it likely fades in with the background static – alongside those crassly sexualised ads for clicker games and oddly visceral images of fruits that apparently contain the nutrients to reverse ageing.

But that is doing a bit of a disservice to the third most-popular free-to-play game in existence. World of Tanks has gone through plenty of iteration over the years, becoming more inviting to newcomers and veering away from its hardcore reputation. Now, as its big ‘1.0’ update rolls out, it is a better time than ever to strap in – assuming they wear seatbelts in tanks? – and see what all the ruckus is about.

Find out how the 1.0 update makes World of Tanks that much better. 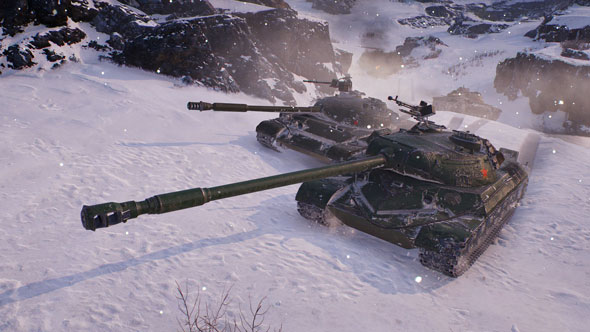 The buzz in the community around each new tank or caterpillar track that is released is something that can only really be appreciated by war history buffs and people in former Soviet countries (who, the devs tell me, have a special if inexplicable fondness for tanks unmatched by anyone else in the world).

All those fine details go out the window as soon as you head out to confront, outflank, and barrage the enemy team. As an actual game, it is much more immediate and punchy than its austere reputation suggests. Make no mistake, there is a lot of tactical depth and a high skill ceiling here (it is an esport, after all), but the in-game controls are plenty easy to get to grips with.

It is not a bloody MMO either 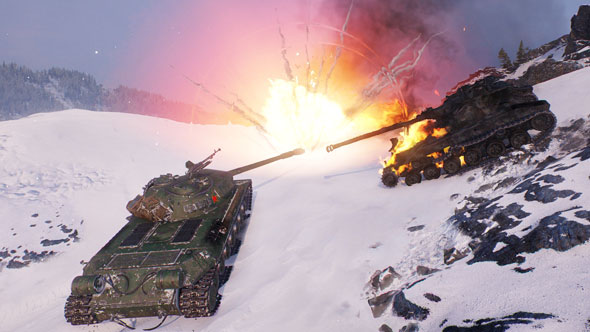 While we are on the topic of what World of Tanks is and is not, it is definitely notan MMO, much though Wargaming’s advertising team would like you to believe otherwise. There is no persistent world here, no thousands of players per server, nor even some macro-scale PvP battle for territory. Just no-nonsense, briskly-paced battles of two tank teams nuking it out.

It is an important distinction to make, because the term ‘MMO’ can carry with it various daunting implications; that the game is a time sink, for example, or a grind that forces you to invest months of your life to make meaningful progress. That is not how World of Tanks rolls – it is actually a game that you can just as viably dip into for ten-minute sessions as you can all-night marathons.

Maybe we are entering the territory of pedantic semantics here, but if this is an MMO, then so is Rocket League, Battlefield, and just about every other competitive multiplayer online game. If that is the case, where is the line between a ‘massively’ game and just an ‘online multiplayer’ one, hmm? A philosophical discussion for another day, perhaps…

Offline/solo play has improved in a big way 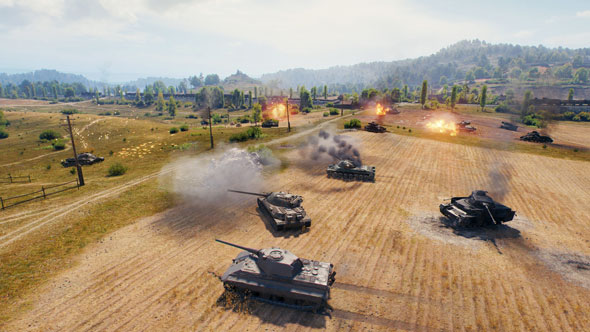 Worlds of Tanks used to be pretty brutal for newcomers, with no tutorial, and few offline options for those who just wanted to practice with some bots.

That has steadily changed. Wargaming have removed and reintroduced a tutorial a few times over the years, but eventually they settled on one that teaches you not to play the game like a shellshocked infantryman charging head-on to his death – in other words, a casual player of online shooters.

Since 2013, Wargaming has also been adding ‘Personal Missions’ – offline campaigns that let you earn upgrades and new crew members. There are hundreds of missions available, and this side of the game got a revamp in September 2017, with plenty of bonus objectives added and a new interface that makes it feel like a proper single-player component rather than an afterthought.

It is about to get a whole lot prettier 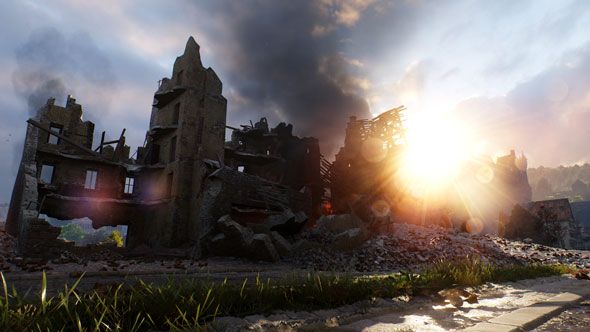 A huge graphics engine overhaul that involves remodelling every single 3D model in the game is about to land. Granted, graphics alone are not going to reel you in, but the game’s just gone from looking like a tinpot Mark I tank to a modern-day Challenger.