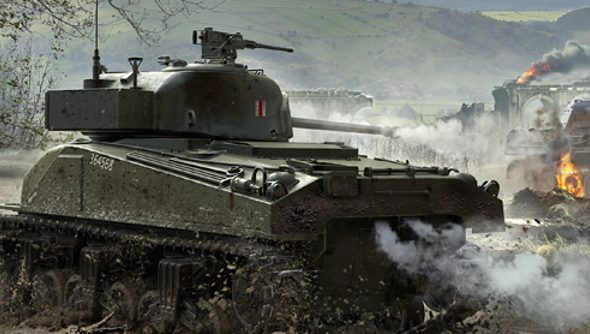 The latest World of Tanks patch brings big changes to the way crew qualifications work, making it less onerous to bring your ace crew members with you from vehicle to vehicle, as well as add some new premium armor, including the mighty French AMX CDC. And as always, there’s a ton of minor tweaks and fixes in this latest patch.

Fiddling with crew members has always been one of the fussier aspects of the “World of…” games so it’s nice to see that Wargaming are making it so that you can switch qualifications between crew members, so that you can take an experienced driver and put him in tank as an experienced gunner, for example. This aims to cut down on “wasted talent among the ranks in your Garage.”

Wargaming have put together a handy video that runs down the major and minor changes in today’s 9.6 patch. It sounds like the saga to make Light Tanks more effective continues as ever (hey, there’s a reason people stopped making light tanks to begin with). Plus, tank destroyers have gotten nerfed a little bit.

The full patch notes are available here. The major items are: