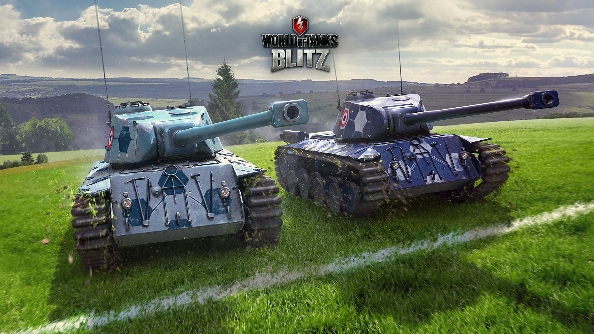 World of Tanks Blitz, the mobile version of WoT that’s also available on Windows 10, is getting into the spirit of the summer football season with a new ball-themed camouflage design. You can dress your tank up in the latest strip by playing one of several special missions.

Head to war in the best WW2 games on PC.

The “Olé, Olé, Olé” camo is available for vehicles Tier 1-10, and can be obtained by successfully taking part in one of the special missions that are running until June 24.

These missions vary in difficulty, and range from simple battles in “Warmup”, to “Striker”, which requires you to inflict a huge amount of damage across the duration of several matches.

The new camo design is a permanent unlock for the tank used to participate in the special mission. That tank could be the new FCM 50t, a French Premium tank, that makes its debut on June 10. It also comes with its own special football-themed camo.