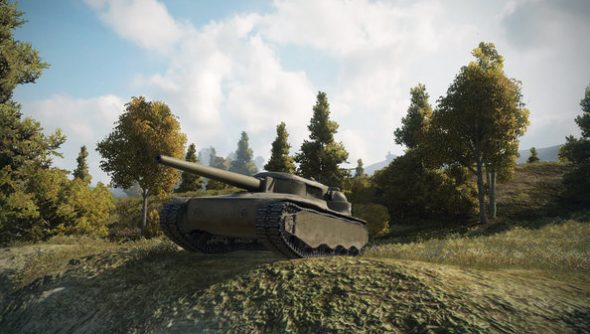 The world’s favourite simulator of angry metal boxes has just launched its latest feature. World of Tanks now hosts Personal Missions, campaign-spanning sets of extra-challenging missions and operations that will ultimately shower you with unique new tanks as special rewards.

Complete enough missions in a set and you’ll hear a knock on your virtual tank garage’s door as a fresh-faced tank woman shows up holding her job application. Pile a tank high with women and you’ll even get a reward for driving a tank with an all-woman crew: the Sisterhood of Steel perk works similarly to the all-boy Brothers in Arms perk.

The Personal Missions themselves arrive as part of the latest revision to the 9.5 update, and are available to try now. It’s sort of a grab-bag of challenges and objectives that you can dip into at your leisure, completing some and leaving others behind as you please.

The tanks you’ll earn will be unique too, with no other means to unlock them elsewhere in the game. So from today you’ll start spotting them in the wild as players churn through their own Personal Mission sets.

Here’s a video explaining the feature in some detail.