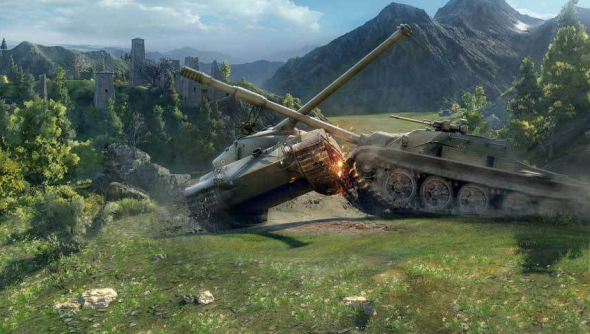 Wargaming are making clan strongholds a whole lot more vulnerable in the World of Tanks 9.4 update. Before, clans could go to war in skirmishes and receive Industrial Resource but there was no risk to their homebase. Now, you can get resources by fighting clans and mess up their home.

This is how it all works.

Strongholds are World of Tanks’ clan metagame. Think of it as Farmville, but played with 60 tonne mechanised armour instead of cheerful goats and shareable hay. Clans earn resources by playing games against other clans which they then spend building buildings in their strongholds which give them bonuses to the resources they gain fighting other clans. Buildings can be upgraded, too, buffing the bonus they give to your clan and driving clans to keep playing and inviting their friends to play with them.

A fully functioning stronghold loaded with Industrial resource can create bonuses for every player in your clan, buffing the experience you gain from matches or the number of credits you earn. One building, the War Department, can even give your clan special missions that can reward you with, among other things, a wad of in-game gold or premium account time.

Skirmishes are battles with other clans which reward you with Industrial Resource, the resource you use for basically everything Stronghold-related. They also give you a better rate of XP and credit gain – a real incentive to join a clan.

Skirmishes are fought by detachments, subgroups of your clan, rather than every member. These groups can include up to 15 members and can even include players who aren’t in your clan, though these ‘Legionnaires’ don’t get any industrial resource for taking part.

Until now Skirmishes have been the only sort of Stronghold battle you could take part in but with 9.4 you can target an enemy clan’s base.

Assaults are targeted at a specific zone of a stronghold. The zones contain two plots of land and a route to the Stronghold’s command centre. If my clan attacked yours we’d pick one of your stonghold’s zones and the first battle would be against the outermost plot of land. If we won we’d battle on the next plot in. Finally, if we won that battle, we’d fight at your command centre. If we won that battle it would end the assault and we’d take winnings from each captured building. 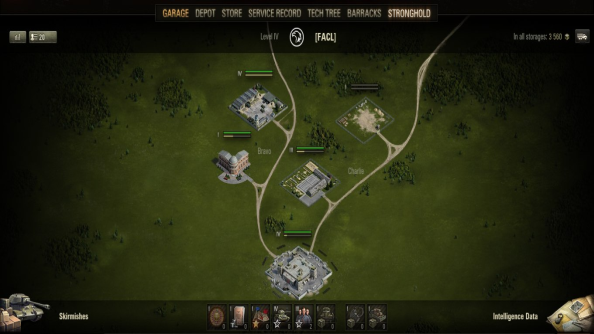 Attackers open themselves up in an assault, however. If my clan lost the battle against your outermost building then the next match would see your clan attacking my outermost building. This tug of war continues until either a clan has taken the enemies’ command centre or after an hour has passed since the first skirmish.

Assaults give you potentially massive rewards but the every time you target another clan you risk losing just as much as they do. Every building captured at the end of an assault has to hand over Industrial Resource equal to 20% of that building’s durability (health). When you’ve upgraded your building to level 10 that’s potentially thousands of resources lost or gained in a single hour.

Strong clans will clean up in these assaults. If they structure their evening around attacks against weak clans they’ll rinse them. While that’s great for the strong clans, weak ones will really struggle to stay afloat. Not only will their resources be drained by attacks but if a building’s durability is damaged then it can’t perform its function – creating bonuses for your clan.

Thankfully then each clan needs to only set a single hour a day in which they’re vulnerable to attack but if they keep being targeted by powerful clans that’s six nights a week they’ll be stomped.

Strongholds are a serious investment of time but, if your clan is strong, the rewards are worth it.