I’ll admit that World of Tanks wasn’t on the top of my “to watch” list when it came to eSports events last year. However, I tuned in for a couple of matches when I realised it was on and was pleasantly surprised at how much I enjoyed it. It’s tactical, interesting and involves lots of heavily armoured vehicles driving at very high speeds while blowing each other up. The World of Tanks World Championships 2016 are taking place in Warsaw, Poland on April 8th and 9th, with 12 teams, some slight rules changes and a higher tier of angry house.

One of the best tank games out there, unsurprisingly.

Games are played on just one type of map, World of Tanks’ attack/defend two-control-point mode where one team attempts to take the precious key locations from the others defenses. There’s seven players a side, so it’s about spreading to the best areas and providing as much coverage as possible while maintaining map control and not getting outflanks.

This year, the round timer has been upped from seven minutes to 10 to pack a little more action in, though I’d worry that it might take what was a fairly glacially paced eSport and only slow it down. While it can get mighty speedy, slow progress and inching to find good angles is as much a part of the game as trying to accelerate past someone’s turret turn-rate and into their backlines. 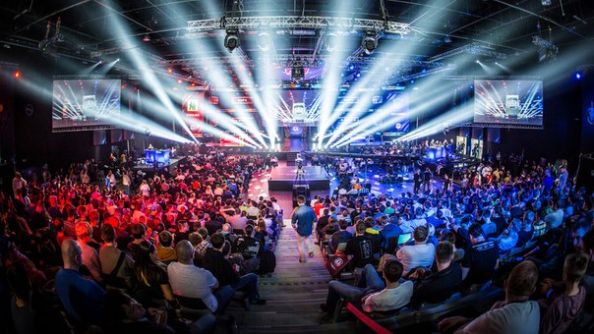 The 12 teams in attendance will qualify from five different regions. They haven’t made it yet as the season isn’t over, but here’s the breakdown of how it will work:

Whether that last just means the three teams with the best totals on some scoring system that didn’t qualify or some other system I’m not sure. Most finals seem to run Wild Card tournaments these days, throwing in a bunch of near-miss teams and fan-favourites to see who deserves the spots.

You can read all the details over on the official site, where they’ve somehow managed to secure “thegrandfinals.com“before anyone else got to it. I don’t even want to think about how much that domain costs.