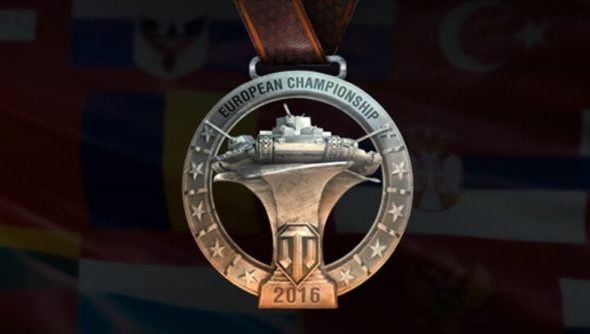 Got two mates? Like tanks? Want to re-enact the sort of national rivalry that embodied World War II? Well World of Tanks is running a tournament on exactly those criteria. A three versus three format with open qualifiers in every country, leading to national championships, a european bracket and a final showdown at Gamescom. It’s more community event than full eSports tournament, with hefty computers the prize rather than cold hard cash and worldwide glory, but it is easy to enter.

Practice up with some of the best WWII games on PC.

It all kicks off on July 1st, and to take part all you’ve got to do is sign up on the official site. It is a national tournament, so teams do all have to be the same nationality. Plus it’s Europe only – sorry Americans.

Tier 6 means most folks with a reasonable number of hours in-game will be able to take part. Prizes are also detailed on the official site, with first place taking home some Alienware laptops. Of course, Wargaming cover the trip to Gamescom too. Taking part also grants in-game rewards of various premium items.

Good luck if you decide to compete. PCGN sadly doesn’t yet count as a sovereign nation but hey, who knows what could happen when it comes to European politics these days.