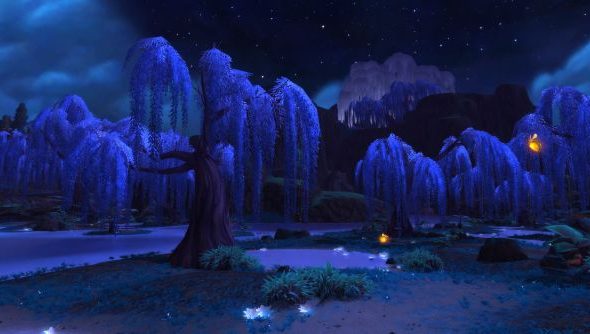 The latest expansion to World of Warcraft, Warlords of Draenor, has had some major teething issues when It comes to server stability. Players have experienced long queues, disconnects and being stuck in their Garrisons shortly after launch; even my review in progress has been temporarily halted.

As Blizzard finished up a round of realm maintenances this morning, they’ve announced a big change in an effort to reduce the amount of these issues occurring. Using their phasing technology, they’ve applied it to the entire continent of Draenor.

“This will allow us to run multiple copies of Draenor simultaneously, spreading out server population” said Blizzard community manager Bashiok.

Blizzard’s phasing technology was first used back in Wrath of the Lich King, allowing players to experience progressive events and environment changes on the fly as they quested through the expansion. Later, this was also used to create multiple copies of the same zones to ease up server flow.

Now, Blizzard are going to use that same technology, but on the entirety of Draenor to help solve some of those server niggles.

“We’re making preparations for the Europe maintenance beginning in just an hour, and along with hardware upgrades we will be implementing some of the performance improvements we’ve been testing.” Bashiok stated earlier this morning. “One of these is a fairly large change to the way the game world is run by the servers—expanding the phasing tech used for the Tanaan intro experience to the entire continent of Draenor.

“This will allow us to run multiple copies of Draenor simultaneously, spreading out server population, while attempting to keep guilds and parties within the same copy. We’re currently running tests of this tech on a few North American realms, and have found we’re able to raise realm capacity by a significant amount. We’ll continue to provide updates as we progress through the Europe maintenance, and prepare to apply the same changes on the Americas and Oceanic realms.”

Players on European realms should already have this fix implemented, whereas players on the North American, Americas and Oceanic realms should receive it soon.

How’s the launch been for you?