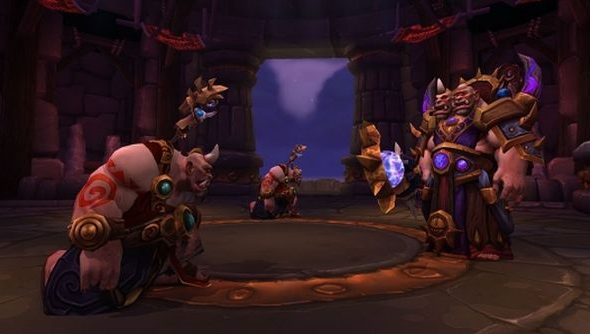 Distribution of loot has always been a hot topic in World of Warcraft; one that’s been refined for over a decade. In Mists of Pandaria, a new loot system dubbed “Personal Loot” ruled the Raid Finder – a system which gives each player an individual chance of receiving an item appropriate to their class and spec.

It was such a success, that Blizzard used the system for Warlords of Draenor’s five-man dungeons. However, it was quickly reverted back to the old “Need before Greed” system after “team” and “community” feedback.

This wasn’t entirely true though, and less than 24 hours later of outcry and petitions, Blizzard put Personal Loot back as the default system for instance queue found groups; along with increasing the rewards for both systems.

Blizzard announced on the forums the decision to roll back. “Thanks for all the feedback on these changes.” stated community manager Rygarius. “As a team, we do prefer personal loot as a solution for Dungeon Finder groups, which is why we modified and extended the system we’ve had in place for Raid Finder.

“We heard from sources both within our team and the community that the experience of defeating a boss and no ceremony beyond three gold on its corpse, or the possibility of finishing an entire dungeon without seeing any items, felt flat and even a bit broken. Based on those concerns, we decided to roll back a system that had been in place for a week to a system that had been in use for years, while we continued to polish and refine the personal loot system to deliver an optimal experience to players.”

This isn’t just a simple rollback however – Blizzard are also increasing the drop rates for both systems. Personal Loot will now always drop an item for every player when killing the final boss of an instance. Likewise, the old “Need Before Greed” system will drop a total of three items over the usual two on the final boss as well.