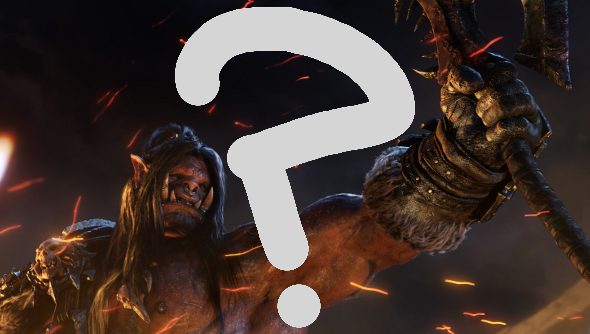 Tomorrow night, World of Warcraft will grow another limb, a continent shaped one that you’ll need to travel back in time and leap across the universe to witness. Warlords of Draenor’s is just a bit silly. But it’s also full of potentially nifty new additions to the decade-old MMO, like player-run garrisons and lots of raids and dungeons, one of which is on a blooming train.

For our Topic of the Week, we want to know what you want to do on Draenor above all else. Is it building up your garrison, hiring workers and even mercenaries to help you as you kill countless new green-skinned foes? Or maybe you’ll be rushing through all the new content so you can start raiding? Let us know in the comments.

Garrisons. That’s what, despite promising myself I wouldn’t get all sweaty over another WoW expansion, I confess I’m pumped about. Of course I’m looking forward to exploring Draenor and slaughtering my way through the new dungeons, but garrisons are properly new.

There’s something a bit special about owning a plot of land in an MMO, even if its instanced and almost everyone has one. Despite persistence being one of the draws of MMOs, few actually offer up any sense of permanence. It’s hard to make a lasting impression in these worlds. But player-owned buildings and NPC minions are a good start.

Nick will be diving in the moment the expansion launches, and you’ll be able to see him streaming some shenanigans soon after. Keep an eye out for his review diary, too. But before all of that, here’s why you should return to World of Wacraft with Warlords of Draenor. And if you’re looking for folk to play with, don’t forget to check our forums.

Enough of me rambling on. What are you looking forward to the most?