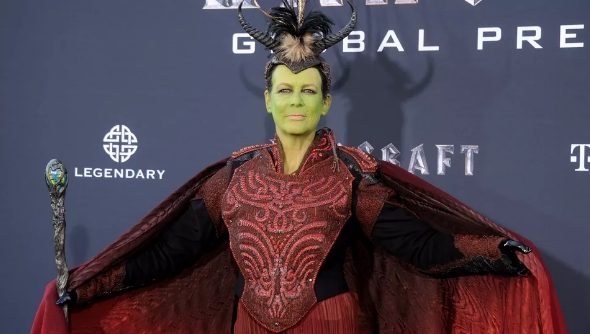 The Hollywood premiere for Warcraft was held last night, and among the crowds of viewers was actress Jamie Lee Curtis. Well known for her love of World of Warcraft, it was unsurprising to see her kitted out in Azeroth-themed cosplay.

Love World of Warcraft? You might dig our other picks of the best MMOs on PC.

Dressed as an orc, she took part in photo opportunities with cast members and fans. Among the other well-knowns in attendance was Ben Schulz, infamous for his Leeroy Jenkins character in the early days of World of Warcraft.

Making the most of the opportunity, Curtis, along with Schulz and another orc cosplayer, shouted out the famous line that has become the quintessential WoW meme.

At previous events Curtis has cosplayed as a WoW Forsaken, and demonstrated her love for other games by dressing as Vega at last year’s EVO.

Warcraft is out in cinemas in the UK now, and will release in the US June 10.