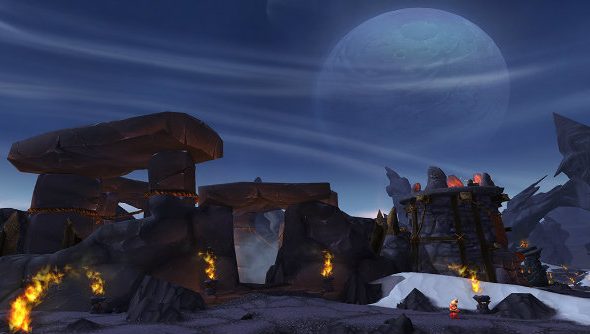 Huge WoW expansion Warlords of Draenor is now free for anyone who purchases the base game. The beta for Legion, WoW’s next expansion, is already underway, so Blizzard have made their previous expansion free ahead of Legion’s full release on August 30.

For more socialising and questing, check out our list of PC’s best MMORPGs.

RecentlyWarlords of Draenor disappeared from the Battle.net store, and a Blizzard customer support rep has since confirmed on Reddit that it’s because the expansion is now free, which means the base game now comes complete with WoW’s first five expansions.

Retailers should no longer stock the expansion, but if you do happen to have an unregistered code you can reach out to Blizzard. As for the level 90 boost included with the retail version, it seems you’ll have to get there the old fashioned way to tackle the content now.

Warlords of Draenor introduces improved visuals and lets players construct their own bases. You can get access now by buying the base game which costs $20 and comes with a month’s subscription – each month following that is $15.

If you live in the right area and are planning to watch the Warcraft movie when it releases on June 10, you can get a free copy of WoW, which will come with all five expansions and a free month’s sub.

As for the next big expansion, which releases at the end of August, check out our article on everything we know about Legion.