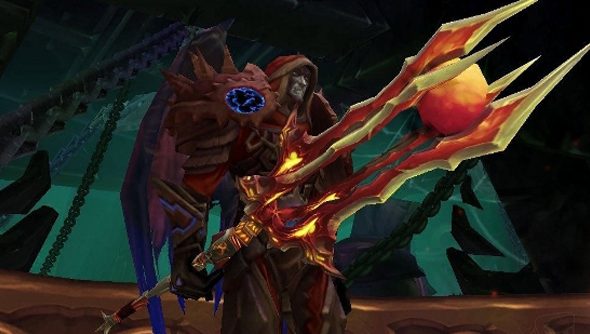 The weekend’s BlizzCon coverage has been rightly concentrated around Blizzard’s Overwatch – the redemptory multiplayer FPS recovered from the wreckage of intended WoW follow-up Titan. But let us not forget: a new expansion for what might be the best MMORPG on PC is fast-approaching.

On Saturday, a panel of high-ups from the Warlords of Draenor dev team did their best to answer questions about legendaries, and how they might or might not change in the coming months.

Those answers will likely disappoint any players with hopes that Blizzard would neaten up the way legendary items function for Warlords of Draenor.

The developers don’t have any clear plans to restrict the use of legendaries in the arena – even though some class-specific items can steer the course of a match.

“To some extent, it’s nice to have a moment to shine,” explained Blizz during the panel attended by WoW Head. “To take something you work hard to get and then go be overpowered in the arena for a bit.”

The devs noted that some classes perform relatively poorly in PvP, and could do with the boost provided by their legendaries – while others are perhaps overpowered enough. Their possible solution? A PvP-only legendary earned in the arena as “counterbalance”.

Asked whether older legendaries like the Eye of Sulfara will ever be made to bind to account, Blizzard offered a historian’s perspective.

“No current plans to alter them,” said the devs. “They’re a snapshot of the game as it existed.”

Hmm! Do you think about WoW’s older design decisions the same way? Perhaps the hour-long World of Warcraft: Looking for Group documentary will awake your own nostalgia.