Patch 6.1 for Blizzard’s World of Warcraft has been spotted in the midst of being deployed to the PTR servers for testing. Inside is a lengthy list of additions and changes, including in-game Twitter integration, graphical settings and hundreds of new items.

We’ve cherry picked the best of the patch notes below, so check them out if you want to know what to expect when patch 6.1 lands – it’s not that far off.

The new questline with patch 6.1 will take place in the Iron Docks, as we further pursue the Iron Horde and their threatening war machines.

Blizzard have seen fit to include Twitter integration to the game, allowing players to write and send Tweets based on their activities. Examples include earning achievements, downing raid bosses or looting mighty items. You’ll even be able to attach screenshots too.

A slew of new (and returning) Anti-Aliasing options have been added, including MSAA, SSAA, SSAA + and CMAA. They’re varying levels of of each, so you’ll have a much easier time finding that sweet spot for smoothing out those jaggies. Nvidia’s flashy horizon based Ambient Occlusion has also been thrown in.

For you raiders out there, several new additions will make you jump for joy. Killing a boss will now show a new flashy UI element to celebrate your success. Also, if you step in the fire and die, WoW will now give you a detailed Death Log that reveals what and/or who killed you. You’ll also be able to get your hands on the new loot from the next raid tier, Blackrock Foundry. 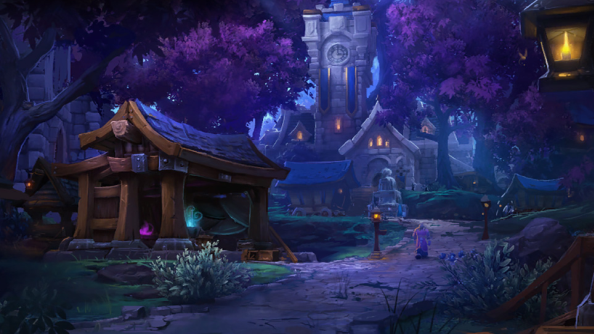 Speaking of items, Heirlooms are returning to be your companions all the way from level 90 to level 100. You’ll need a token to upgrade them though, and we don’t know exactly how to attain them yet. We’ll also see the long awaited Heirloom collection tab be added to the game to help clear that precious bag/bank space.

For those quiet days, you’ll now be able to summon 10 – 40 player bosses inside your Garrison – ya know, for funsies.