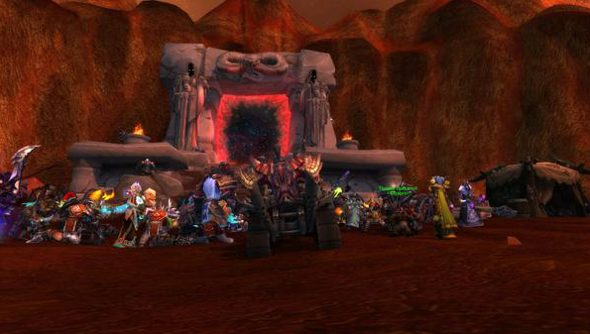 A couple of months ago, subscriber numbers for World of Warcraft had dropped just under 7 million, which is still an absurdly massive number. One, however, that’s still far from its 12 million peak in 2010.

With the launch of Warlords of Draenor, though, the MMO has seen a huge spike in subscriptions, getting it close to its heyday numbers.

Just before the Dark Portal opened and players could charge into the past, it got over 600,000 new or returning subscribers, making the total 7.4 million. 24 hours after launch, that increased again.

The game now has over 10 million subscribers, and within a day, Blizzard had shifted more than 3.3 million copies of the expansion, sold, not shipped.

“We’re thrilled that so many players jumped in to play Warlords of Draenor on day one and are having a great time with the new content,” said CEO Mike Morhaime.

“We poured a lot of hard work and passion into this expansion, and we appreciate all the kind words from players and the overwhelming support they continue to show for World of Warcraft.”

Nick is still diligently working away on his review, and you can see how he’s been getting on by going over to his Warlords of Draenor review in progress.