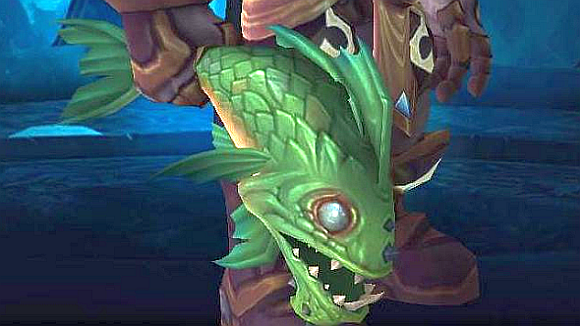 Battle for Azeroth is getting a new and fearsome weapon – a fish. I mean: you’ll literally be able to pick up and swing a fish as a weapon. It’s called Stinkrot Smasher, it counts as a one-handed mace, and according to the beta it’s a simple world drop that bind when equipped, so you’ll be able to pick a few up from the auction house.

It does 53.4 DPS and boosts intellect and stamina, but never mind all that. The important thing here is its physics and particle effects: the fish flops around like a fish would, and even emits green stink clouds.

Stinkrot Smasher was dug up by a poster on the forums at Blizzard fan site Icy Veins. Most of the replies are, naturally, asking about transmog – the claim to have brought down the Blood God with a smelly green fish is not a small one – but for now there’s no information on whether or not it will be added to the pool.

The Battle for Azeroth release date is August 14 – not long now. For everything else you need to know, whether that’s specific release times, allied races, trailers to watch, and much more, hit that link.