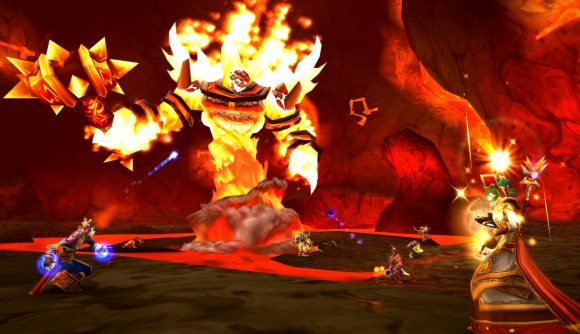 Character Boosting in World of Warcraft is a paid service – which you can grab through WoW’s shop or an expansion – that lets you upgrade your character to a higher level. It features in Blizzard’s main version of WoW, but with Classic’s release date just around the corner, some players are probably wondering if it will also be coming to original-style Azeroth. According to the executive producer, character boosts won’t be heading to Classic.

In an AMA with the game’s development team, held this week on the WoW Classic Subreddit, one user asked about character services in the game, saying they hope that they stay “limited to server xfers, because things like Character Boosts would break my heart.” User AltruisWoW from the dev team (titled executive producer) replied that “Character Boosts are not in-keeping with Classic. We don’t want to break any hearts.”

It looks, then, like players will have to level up the old-fashioned way when WoW Classic arrives next week.

This is perhaps not a big surprise as Character Boosts didn’t feature in the original 2004 version of WoW and Classic is naturally looking to recreate it in most aspects. As game director Ion Hazzikostas told us earlier this year, the devs “wanted to adhere to the original look and feel of the game. We had to effectively recreate bugs in some cases, to get back to how it once was.”

However, one change players will see from the original is that skeletons will now disappear in order to help prevent ads or hate speech appearing in the game.

World of Warcraft Classic launches next week, on August 27. If you’re keen to find out which server to pick you can check out our guide to the best WoW Classic servers ready for when it arrives.