I have a confession to make. I’ve been playing MMORPGs for 20 years now, but I've only just started playing World of Warcraft. And not live World of Warcraft. No, no, no – I'm playing WoW Classic. That's right, this is what a total newcomer would have felt all the way back in 2004, except through the eyes of a jaded MMO player.

First, some context. While it's puzzling how an MMORPG fan could go 20 years ignoring the MMO, there are reasons. My parents deeply mistrusted videogames when I was young, so I never got to play the likes of GTA, Resident Evil, or, indeed, WoW until I was old enough to make big boy decisions. Meanwhile, I watched on in horror as a number of childhood friends practically vanished into WoW, so it’s not difficult to see why I formed a bit of a grudge against Blizzard's multiplayer behemoth.

But still, I was drawn to the idea of living out my dreams of being a medieval knight in a persistent online world filled with thousands of actual people. Back in the early ‘00s, that was a dazzling concept. I cut my teeth in Runescape, because of course, before moving onto much worse free-to-play fare like Knight Online, Fly for Fun, and Silkroad Online. There are genuinely another 100 or so free MMOs I played before taking on WoW.

Really though, my first true love in the genre was classic Guild Wars. It positioned itself as the anti-WoW: friendly to casuals, skill-based rather than gear-based, and with proper PvP. I maintain that it’s a truly special, one-of-a-kind experience in the MMO genre that managed to pair beautiful, instanced zones with persistent outposts where players could shit-talk for hours on end. Those were the days. 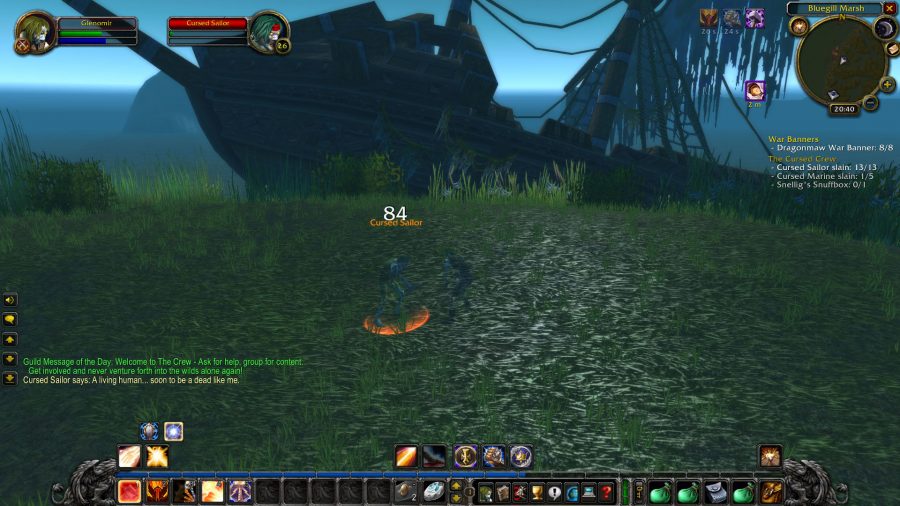 I moved onto Guild Wars 2, which didn’t quite hold my interest like the original, and the likes of FFXIV, ESO, and yet more free-to-play MMOs you’ve never heard of. Any true MMORPG fan can see that the genre is currently going through an identity crisis. I’m not sure younger players have the same complaints, but modern MMOs play more like online RPG games and tend to skip the massive and multiplayer aspects.

When the global pandemic consigned in-person social interaction to the annals of history, I needed a decent MMORPG to get through lockdown. WoW Classic was ready and waiting for me – so I finally gave in.

And boy, am I glad I did. I want to be clear: WoW Classic reminded me exactly why I fell in love with the genre in the first place. It’s hard, so you really have to be careful if you venture out alone, and the result is that players actually want to group up – imagine such a thing! I had some lovely encounters with random players in my first few days, and for the most part everyone I spoke to was friendly and helpful. 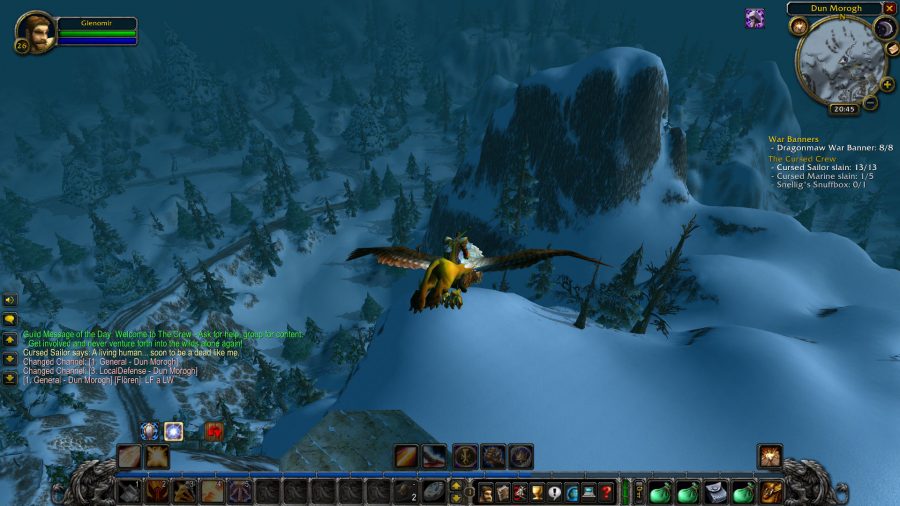 Classic WoW also refrains from handing everything to you on a silver platter. Quest objectives are relatively simple, but finding the mob, item, or NPC you need isn’t. You have to actually read the quest text and then try and find the objective using your eyes – stop me if I’m beginning to sound like a curmudgeon.

I needed a decent MMORPG to get through lockdown, and WoW Classic was ready and waiting

There are no arrows, sparkling trails, or highlighted markers on your map (unless you use a WoW Classic addon like Questie). It’s a lot of busywork, but that’s what I want. I want to be challenged, and immersed, and to feel like I’m in a living, breathing world.

There’s also no fast travel. If you want to get from A to B, you have to run, ride a mount, pay for a griffin and wait for it to fly to its destination, use the Deeprun Tram, or take a boat. Again, you have to actually wait for these to arrive, get on them, and then hop off at your destination. Rather than feeling inconvenient, this adds to the immersion. Glorified loading screen to some, crucial worldbuilding for me. 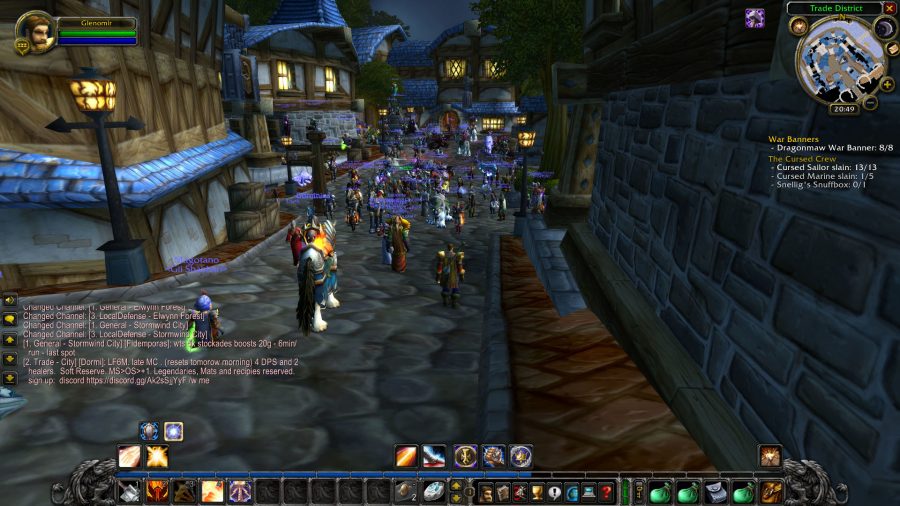 Most importantly the community is awesome. I’m sure it has its toxic elements, but by and large everyone I meet is friendly, and players routinely go out of their way to help. I joined a guild quite early on, and had no trouble finding allies for quests and dungeons. I rarely had to ask as players regularly call out for help in the chat.

WoW Classic isn’t the easiest MMO to get into, but you’re not the only player climbing to the summit, and the community is on hand to help out whenever you need it. While it’s crucial to ensure the genre isn’t so daunting as to deter new players, surely we can find a compromise that accommodates the value of challenge and patience.

Glen has worked in mobile games journalism since 2014. Beginning at Steel Media, he worked his way up to editor of Pocket Gamer before detouring to guides editor at Nintendo Life, then editor of Gamezebo. Incredibly, he's managed to squeeze an MMO addiction in there, too.