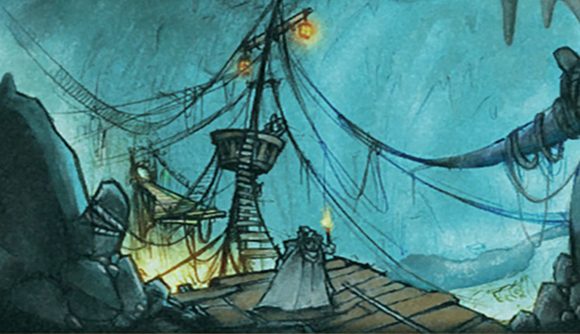 The launch of World of Warcraft Classic has brought back some ancient, unresolved rivalries, and I’m not just talking about the traditional Horde versus Alliance argument. No, deeper than that, there’s a bubbling debate over whether we’re supposed to abbreviate the Deadmines dungeon DM or VC.

If you, like me, have minimal experience with the original WoW, you might wonder why this is a discussion at all. It’s because DM can also be used to refer to Dire Maul – a dungeon that won’t be live until the second phase of the WoW Classic release schedule. To avoid confusion, players started calling Deadmines ‘VC,’ after its final boss, VanCleef.

Debate over the abbreviation was never truly settled, but as PC Gamer details, the rivalry between VCers and DMers has reawoken thanks to the new world WoW Classic has brought us. There’s no Dire Maul yet, so calling Deadmines ‘VC’ doesn’t make sense – except to the players who have been there, and know that things are about to get confusing.

As with all internet arguments, it’s occasionally gotten pointlessly vitriolic, and everyone with skin in the game has a justification for why their way is right. Some people say various ways developed based on whether you were Horde or Alliance. Some say it depends on what server you were on. Former WoW designer Kevin Jordan says “DM is Deadmines, all the way,” but as the GIF debate shows, many are not willing to accept a creator’s word as final wisdom.

DM versus VC didn’t get settled over 15 years of WoW, and it’s unlikely that Classic is going to change anything.