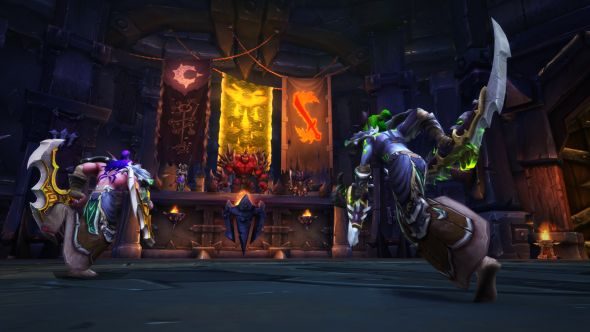 The next big pre-Legion update is arriving tonight in World of Warcraft, with the Broken Shore, Demon Invasions and Demon Hunters all going live when the servers come up from maintenance. EU and US get it at different times, so we’ve gathered both here, as well as a roundup of what to expect.

For everything else we know on Legion’s release date, features and more, take a look here.

Important bit first: the release time of the Broken Shore and everything else.

So, get out there and defend Azeroth / kill demons / turn on your fellows. Delete as appropriate for your particular plans.