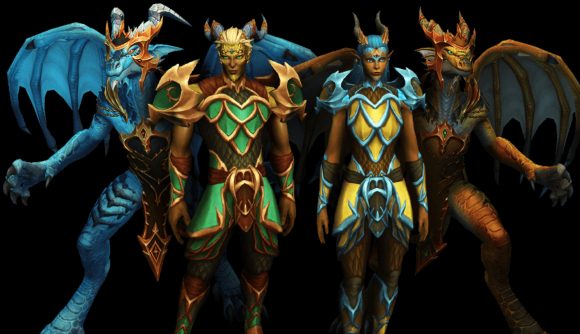 The World of Warcraft: Dragonflight expansion has been revealed with a brand new class and race, and they’re one and the same – the Dracthyr Evoker. Blizzard officially lifted the veil on the new expansion in today’s reveal stream. The devs are billing this as a return to high fantasy, and it’ll feature the return of dragons to the realm of Azeroth.

Dragonflight will be set in the Dragon Isles, made up of five zones, four standard leveling zones, and one new starter zone. That zone is built for a new draconic race, the Dracthyr, which also serves as a new class, known as the Evoker. The race and class are directly tied to each other. A preview of the class is available on the official site.

There will be a large emphasis on revamps and reworks to existing game mechanics, like the talent system – the devs intend to spend more time improving features across the game rather than building all-new features that’ll get left behind after this expansion cycle. A big UI revamp is on the way, as well. And yes, you can ride dragons, with a new flight system that offers more movement options than traditional flying mounts.

This will be World of Warcraft’s ninth major expansion. The previous expansion, Shadowlands, was well-received at launch, though the patch cycles that followed were the subject of a substantial amount of community criticism. Dragonflight previously leaked through Blizzard’s own website, though few concrete details on the expansion came as part of that leak. 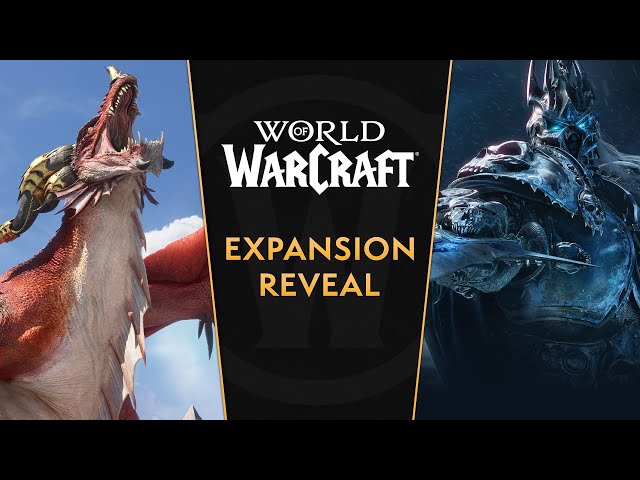 For more MMOs to check out in the lead up to Dragonflight, you can follow that link.