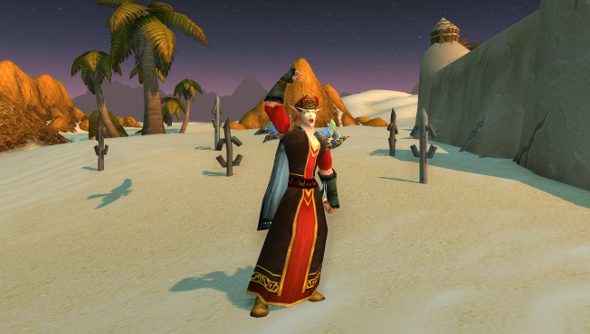 While almost all of Azeroth is swanning about, looking fancy with their new character models, only the Worgen, Goblins and Blood Elves have been left out in the cold. The first two don’t care, because their character models look just as good as the new ones, but the Blood Elves were not so fortuitous. Worse, they had to look on as their Burning Crusade counterparts, the Draenei, got updated.

This unfortunate situation will soon be remedied. New models for the Barbies and Kens of World of Warcraft are on their way, and Artcraft offers up a glimpse of their new look. 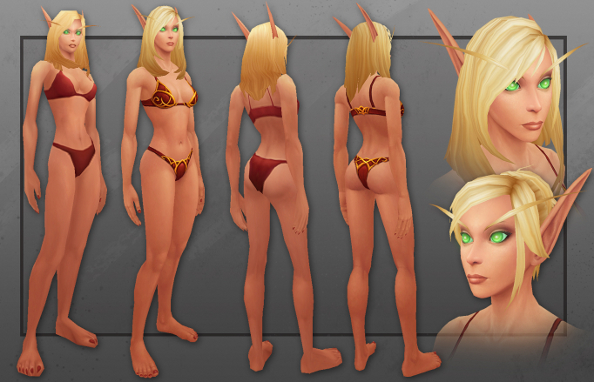 “The Horde has classically been about brutes, blood, and thunder,” writes senior artist Dusty Nolting. “The Blood Elves bring a bit of subtlety to the Horde, and I think that was one of the most important aspects of the Blood Elves to maintain. For the female specifically, something we did often was move things around in small but deliberate increments, to make sure everything was just right. It’s the delicate details like her nose shape or fingertips that represent the most challenging parts of upgrading the female.” 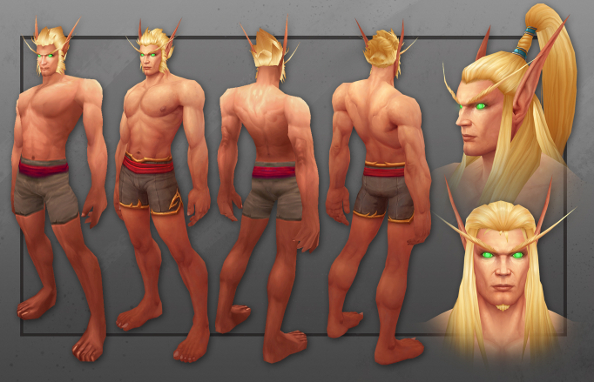 “The male Blood Elf already has a lot of character with his easily recognizable pose and stylish hair,” writes senior artist Joe Keller. “Our update just gives us a chance to define and focus on that. His anatomy, facial features, and hair will all get an update while still maintaining his iconic look, bringing him to the level of the other new character models”

The changes are less dramatic than the massive alterations to the likes of humans and orcs. They are more detailed, but still look very much like the Blood Elves do now. This might soothe the rage that some players have been feeling, as the updated models have more than their fair share of detractors, though I’m certainly pleased with how my orc has turned out.

What do you lovely lot make of the changes to the Belfs?