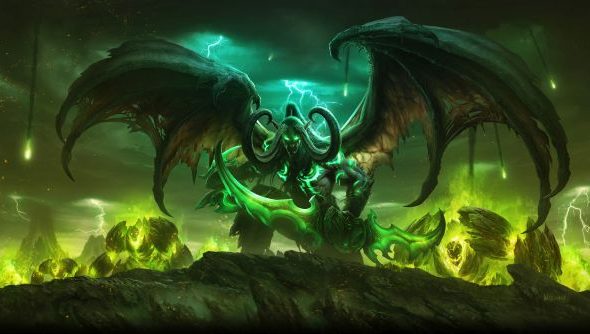 Update: The Legion Q&A with Ion Hazzikostas has now finished and you can see a VOD and summary below.

With the Q&A finished up, here’s our run-down of what was said. No major announcements, as aspected, but lots of clarifications and details.

Here’s everything else we know about Legion’s release date and much more.

Much more in the full VOD, embedded below, with the actual Q&A starting at about 15 minutes in.

Original story:As part of the build up to launch, which is now just two and a half months away on August 30, the World of Warcraft: Legion team is running a series of Q&A sessions on Twitch. These will be broadcast Thursdays, and the first is happening today in just about 20 minutes at 7pm BST / 11am PT. It will feature Assistant Game Director Ion Hazzikostas, AKA Watcher, and a number of pre-selected community questions.

It’s due to last around an hour, and can be viewed on the Warcraft Twitch channel, embedded below.

Questions are being taken from the appropriate forum threadas well as on Twitter using the #LegionQA tag. Blizzard won’t be answering anything they don’t want to, natch, but they have been more open in similar Q&As than the angrier elements of the community might suggest. Discussion looks like it will be slightly less focused on the legacy server debate too, with more questions focusing on specifics of the expansion.

We’ll have a round-up of the big news once the Q&A has finished, plus a VOD if you were unable to catch it live.