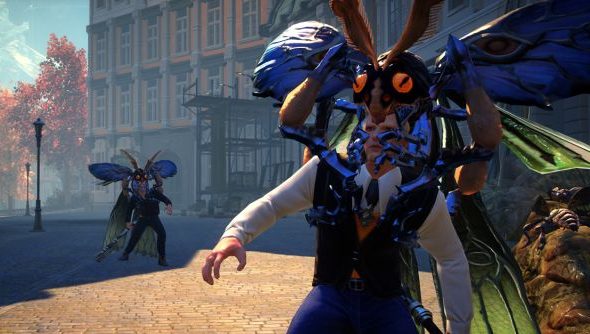 WoW 2? Well, no, not quite. Legion is still World of Warcraft, it still uses the characters you’ve been playing for the last 12 years, it’s that same basic engine and premise, it will be immediately familiar if you’ve played before, just as accepting if you never have. However, it changes more of the game than any patch, expansion or update has before. Across the board, from dungeons to raids to the titular war to the minutiae of your preferred class, Legion throws the rulebook away and rebuilds how the world’s best MMORPG operates. In that regard, it’s like a whole new base for Blizzard to build on.

Much of this is inspired by one of Blizzard’s other recent success stories, the miraculous turnaround that was Diablo III’s post-launch support. Between legendary items that significantly alter your playstyle and infinitely replayable dungeons that scale to impossible difficulty, there’s much that’s recognisable in Legion’s DNA for veterans of Sanctuary.

One of our favourite RPGshelping out one of the best MMORPGs.

One of the most obvious ways these two games are crossing over is in the introduction of random drop legendary items. WoW has had legendaries before, but they often came at the end of lengthy quest lines and were few and far between. This new breed have a small chance to pop off the corpse of almost any significant endgame enemy, and provide specific boosts to different classics and specs.

“For us it’s about there always being a possibility of finding an upgrade,” says game director Tom Chilton. “We feel like back when classic launched we had world drop Epics and they tended to have unusual effects that you wouldn’t see on ordinary items. It felt like it was very cool that you could be playing the game and something really surprising like that could happen and you get an item that was only matched by high end raids. So we felt like that concept is essentially what we’re doing with the legendary world drops.” 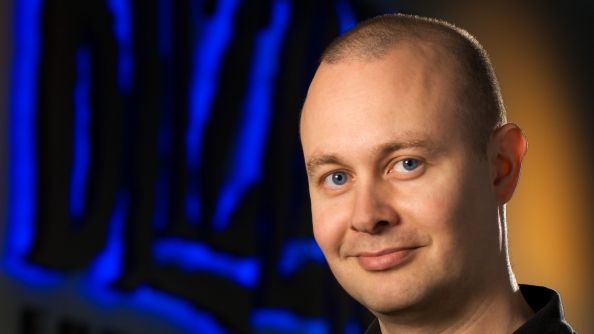 They won’t come from everything though – as Chilton puts it, it would be a little weird to kill a common or garden boar and receive one of the most powerful items in the game off its carcass. This, along with where the items will be usable, has been a matter of some debate throughout the community since their announcement. Currently they’re being balanced to be one per player, and totally turned off in serious PvP. These are balancing elements required to make this idea of character-defining gear fit in WoW’s mold.

While the similarities to Diablo’s own end-game tier of special-ability-giving equipment are obvious, the differences are important. It isn’t the first time something like this has happened.

“There is [now] a recent Diablo game that we can draw some inspiration from,” he explains. “Clearly some of our early approaches to talent trees were inspired by Diablo II, I don’t know that it’s happening more so now than it did then, maybe because it’s a little more fresh? But certainly some of those core concepts are ones that we experienced along with the Diablo team and felt ‘oh that’s really cool.’ It’s very important that it feels like there’s a fit for it in WoW, that pretty much never means that you can just one for one it.” 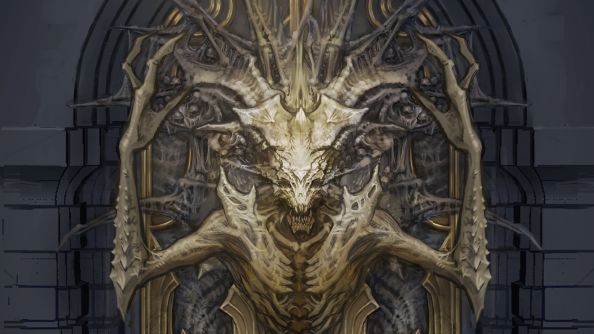 Diablo III’s influence, specifically that of its series-saving expansion Reaper of Souls, is also found in how the actual content at endgame has been improved. Blizzard want the dungeons of this expansion to be infinitely replayable and increasing in difficulty, just like RoS’ Greater Rifts provide the true challenge there. This is done via a system known as Mythic Plus, which borrows the levelling keystone technology of its anti-demon sibling to add affixes and time limits to dungeons each time you run them, providing harder and harder challenges. Again though, Blizzard aren’t going for a lazy port of one system to another game.

“The scaling dungeons is something we’ve been moving toward for many years now, not just with dungeons but with our raid sizes, level scaling for the world, there are all sorts of scaling approaches that we’ve taking to the game and that was the next natural evolution for us,” says Chilton. “It was cool to see Diablo do that and then learn from them and from what they’ve done, what works and doesn’t work and apply those learnings to ourselves. It’s still a very different beast.”

The new World Quest system is exactly the same way, the very basics of Diablo’s Adventure Mode where players are dropped into zones with specific tasks to complete, but with all of WoW’s systems in play and accounted for. Professions, group world bosses, small single-player experiences – all get their place within, and rewards are altered to match. 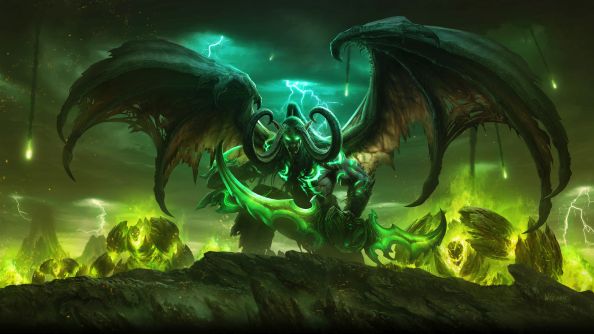 It’s these changes, on top of the massive alterations to individual classes that involve the largest talent overhaul since the Mists of Pandaria system switch and a total rethink of how affecting individual choices should be, that give that ‘sequel feel’. Speak to notable members of the WoW community and every one of them is excited by what’s seen as a fresh start. Blizzard themselves are constantly referencing the drawing of inspiration from the way classic WoW had done things, trying to find the key elements that had given the game’s first iteration its unique feel. As much as it’s doubtless a response to the ongoing demands for a literal return to WoW’s past, it’s certainly also an effective way to reboot things.

It’s difficult not to see an apologetic undertone there, much the same as Reaper of Souls and the closing of the Diablo auction house indicated Blizzard’s belief that they’d messed up somewhere along the line. Is WoW’s public perception at a low point? Certainly the community is louder than ever on complaints about garrisons, a lack of content, and the ‘dumbing down’ of a traditionally exclusionary and difficult endgame.

“It’s the same every expansion, that was true during Burning Crusade, it was the worst thing ever and during Wrath of the Lich King it was the worst thing ever and some of those perceptions change with time and distance.” says Chilton. “But there are all these things that you learn with each expansion that are something to carry forward, build on, do differently – that certainly applies to Warlords also. It’s interesting because Warlords had the most polar reaction when it first launched. [Players thought it was the] best ever at the start and then that changed over time and there are things to learn from that. What did we do well and what things are we going to do differently this time so that people feel better about it as time goes on.” 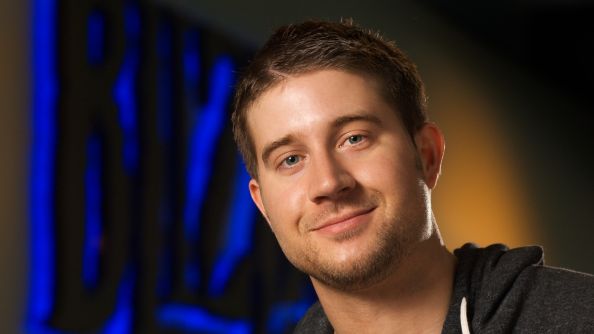 Art director Chris Robinson, meanwhile, doesn’t see it as apologising, simply listening and learning. “The only thing I think we’d apologise for artistically is if we knowingly put something into the game that we didn’t put all of our love and care into, and that doesn’t happen. Company wide. I can’t speak for other teams but I know for our group, we’ve made mistakes, for sure, I’ve made mistakes.

“I was the one that took the original heads off of the female Worgen and put the new one in and a lot of people hate that. It’s something that at some point I want to go back into and address but it won’t be addressing it from the perspective of an apologetic, ‘sorry we messed this up’ [stance.] It will be a ‘I realise from the voice of the community and how passionate people are that they want that option.’ In a way that is making recompense, but it’s not like I wish I’d never done that. We learned from that. We try not to let that affect our decision making. Everything we do comes from a passionate, loving perspective, as players, artists, designers and engineers. We try to keep that core.”

As always when coming away from talking with Blizzard developers, it’s difficult to not end up with a hefty cup of their kool-aid. They don’t just drink their own brand, they positively bathe in it, and the enthusiasm for striving forward, for redesigning, for fixing problems and improving is infectious. They are now a company of reinvention, one that just launched the largest new gaming IP of all time, that this year took their most successful game in Hearthstone and altered it forever with the addition of Standard mode. It’s clear from the direction WoW is heading that they hope they can do this with the game that made them – with the help of the Diablo team, and the rest of the company as well, they just might.