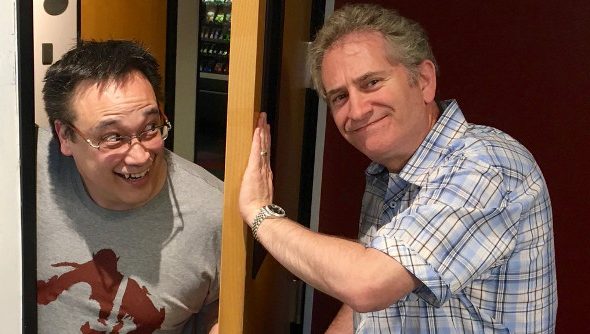 The legacy WoW server movement hit a major milestone yesterday as Mark Kern, the lead spokesman of the movement to have official servers running a vanilla, no-expansion version of World of Warcraft as it was in the ‘00s, met with Blizzard president and co-founder Mike Morhaime to discuss it. This is ahead of the meeting between the Nostalrius team and Blizzard scheduled for some time in early June. While no firm details of the meeting were released, Kern tweeted that he felt it was a positive step forward, increased the chances of the movement being successful and that he was impressed with how much Morhaime and others knew.

Wanting a new MMO? Here are our picks for the best MMORPG.

If you’re unfamiliar, Mark Kern is an ex-Blizzard employee who was a producer on Diablo 2, StarCraft and Warcraft III, as well as a team lead on World of Warcraft. He left in 2005 to help put together Firefall at Red 5 Studios, and is now working on a space RPG, Crixa. He’s also been a prominent member of several online communities and movements in the past decade, including starting the League for Gamers, an advocacy group in response to the Stop Online Piracy Act.

In a series of tweets last night, Kern said that he met with both Morhaime and Saralyn Smith, the global director of community development. He says that “they knew everything already” in regards to what he wanted to bring up and had been “paying huge attention to the issue.” He ran through everything they talked about, including the dual-fandom nature of WoW these days, what players wanted from Legacy servers – as few changes as possible, in general – and how the community would be willing to pay for it.

On Morhaime’s part, he himself had read many posts and watched loads of videos on the subject, and was very clued in, according to Kern. He stressed there are “no easy solutions”, even though Blizzard still have the source code for the vanilla version of the game. As Kern put it, “the challenge is greater than just throwing up a server.”

Kern concluded his retelling of the meeting by saying that Blizzard make no promises but are in “listen mode” when it comes to the legacy server community. He then responded to a few questions from his followers, and posted a photograph as proof of the meeting as well as the two men’s sense of humour.

Finally, I'd like to share a pic that shows Mike and I still have a sense of humor after all these years… pic.twitter.com/yE5XEAeQSb

The Nostalrius meeting is set for June, though they haven’t given a precise date for “security reasons.” We’ll likely hear more then, as well as at Gamescom or Blizzcon later this year.