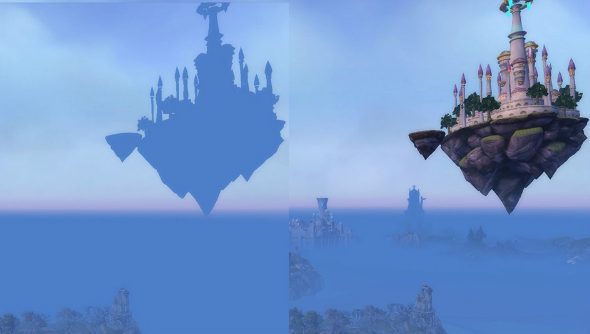 As Legion nears final approach, Warcraft’s engineers are hard at work on not just new content but lifting the fog on old familiar sights around Azeroth, too.

Can’t wait til August? Here are the best MMOs to play on PC right now.

In a blog posted over the weekend, the engineering team goes into some nitty gritty on how Blizzard are improving the draw distance once Legion arrives in August.

With a world as big as WoW’s and attempts to preserve the illusion of persistency in an MMO, looking out across faraway regions is a big boon to the experience.

So, they’ve been tinkering away to let you see more of the landmarks you know and love from further away, before they slip into the inky blue-ness of volumetric fog.

The team has managed to more than double the number of in-game units you can see objects from before they are clipped out of existence (up to 3,500 on the highest setting) and have also worked on other graphical wizardry to make sure even lower-end machines benefit.

In the shot above, showing a floating castle thing (OK, you’ve caught me, I am the only games journalist who has never played WoW), the blue silhouette through fog has been replaced by a low-poly coloured-in version using some clever level of detail (LOD) trickery.

You can read a more technical account that doesn’t casually attribute years of research and personal endeavour to mere parlour tricks on the Blizzard blog.