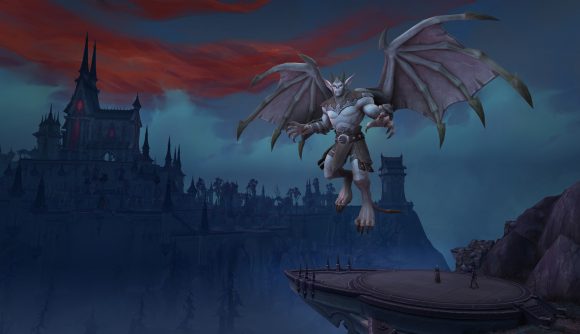 The World of Warcraft: Shadowlands alpha has landed, and per WoW tradition, that means the datamines have started rolling through in force. Now we’re starting to see details on an Adventures System, which evolves the mission tables from previous expansions into something resembling one of the myriad autobattlers that have become popular following the rise of Dota Auto Chess.

“The Adventures system is an autobattler inspired update to the Follower and Mission system from previous expansions,” MMO Champion says in its datamine. The system is “still heavily in development”, and Blizzard has warned that alpha files will include experimental and discarded features, but this does indicate that the devs have at least built prototypes for the system.

The Adventures system sees you pick five allies to go up against enemies in a given mission. Each follower has an auto attack and one or more unique abilities – AoE attacks, healing effects, or the like. You’ll get reports on the outcome of each battle via a combat log.

It looks like this system would make the Shadowlands mission table a bit more of an active experience, since the allies you choose would have more direct abilities to influence a given encounter. Of course, all of this is subject to change, and might not make the final game at all – we’ll likely find out for sure as the Shadowlands alpha rolls on.

If you’re looking for more MMORPG titles to check out while awaiting alpha access, you can follow that link.