The World of Warcraft Shadowlands release date is nearly upon us, and the CGI warlocks at Blizzard have blessed us with a launch trailer. The new Shadowlands cinematic is a whirlwind trip through Shadowlands’ new zones, and provides a taste of the contrasts we’ll face when we head beyond the veil in the MMO game.

“Every soul has its place” in the Shadowlands, as a bit of voiceover explains as the cinematic begins. We’re treated to a view of the floating, golden structures of Bastion, protected by the angelic kyrian. We see the massive Dream Trees of the Ardenweald, the floating ziggurats of the heavy-metal Maldraxxus, and the haunted gothic spires of Revendreth.

Here, we’re treated to a pleasant moment with Sire Denathrius, who selects one of three chained souls to hurl from atop his tower and into a swirling abyss of darkness far below. Somewhere far below, a powerful-looking figure kneels, chained to an altar. “Beyond the veil lies darkness… where every soul has its place,” a new, much more insidious voice intones. 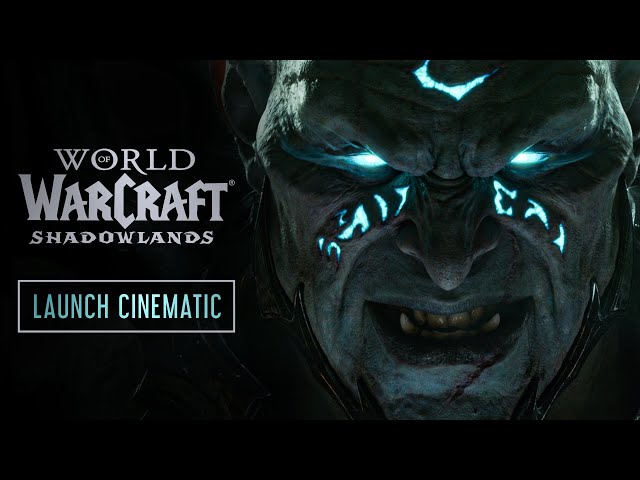 You can find everything we know about Shadowlands behind the link. Blizzard says it’s one of the “most intricate expansions we’ve yet created,” which is one of the reasons it’s been delayed to later this month. But from the looks of things, it’s just about ready. The question is, are you?