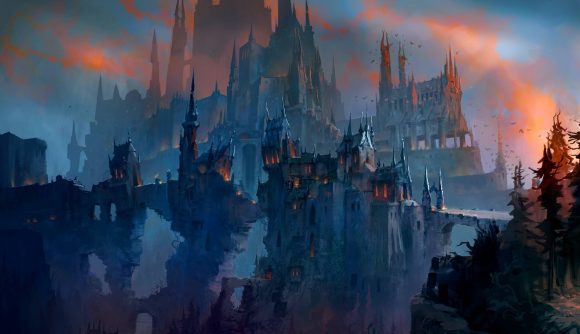 Blizzard has acknowledged that there’s work to do with World of Warcraft‘s raid loot, though any solutions won’t be available anytime soon. Some of the buzz around the MMORPG this week is Blizzard’s plan to bring back WoW Valor points to improve the loot you get from dungeon activities. It’s welcome news, but fans were naturally curious about Blizzard’s stance on raid gear, too.

One of them asked game director Ion Hazzikostas about it, and was told that “raid gearing needs help too, but the static nature of raid loot tables complicates mid-tier solutions”. Hazzikostas goes on to say that the team wants to get dungeon loot done before it continues to discuss the “right approach for other gear sources like raiding and world content”.

Blizzard is currently testing separate changes on the PTR ahead of a patch that’s set to release next month. It allows you to spend Valor points to gradually boost your gear if you clear certain Mythic dungeon levels. On top of that, Blizzard is also tuning its covenant and legendary systems.

“We’ve seen a lot of feedback about the pros and cons of the various sources of gear in the Shadowlands endgame,” community manager Randy Jordan says. “After a rewarding first few weeks, we know that many dungeon-focused players reached a point where the only relevant rewards from the system come from the Great Vault.

“While the Vault should represent a major goal and the source of the best rewards the endgame has to offer, we want to find a way for the loot from the chest at the end of a challenging Mythic Keystone run to feel relevant, without bringing back random upgrade systems such as Warforging, which partially solved this problem in the past. We also want to provide a more consistent reward for the effort for players who do not receive an item at all.”

Raid gearing needs help too, but the static nature of raid loot tables complicates mid-tier solutions. We want to get dungeon improvements out ASAP as we continue to discuss the right approach for other gear sources like raiding and world content.

The patch is set to release in March, should all things go well. So we may see a solution for raid gear sometime after that. In the meantime, though, could I interest you in a WoW Shadowlands leveling guide? It’s proper good.