It takes around 500 pipe cleaners to construct World Of Warcraft’s orc warchief, Thrall. A staple item in any arts and crafts box, pipe cleaners can be used to create bendy bugs, fluffy tiaras, the perfect stem to a paper flower, or as it turns out, a miniature model of the gigantic metallic T-60 power armour from Fallout 4. Ben Resnick has been creating pipe cleaner figures for 15 years, and his roster includes everyone from Destiny’s Cayde-6 to the bug knight from Hollow Knight. And yes, Thrall.

No scissors, no glue – just hundreds and hundreds of pipe cleaners, bent, twisted, and shaped into seamless designs. It’s an unusual craft, but Resnick’s figures have style, flair, and detail. Any art medium that can make the bone-crunching Kratos look fuzzy and cuddly is a special one.

Resnick took inspiration from other toys when he was younger and it drove him to create his own. “I had a heavy obsession with Transformers and other action figures, but I never had the money to buy them,” he says. “So, I figured, ‘Why not make them?’ Now when I generally see a statue or figurine that I want, I add it to the list of things to make.”

The idea to use pipe cleaners for his models came from a class assignment in school. “In class, my teacher had us use three equally cut pipe cleaners for a project,” Resnick explains. “But, in my artistic ways, I deviated from the initial use and made a figure. From there, it just progressed into what I post onto my website.” 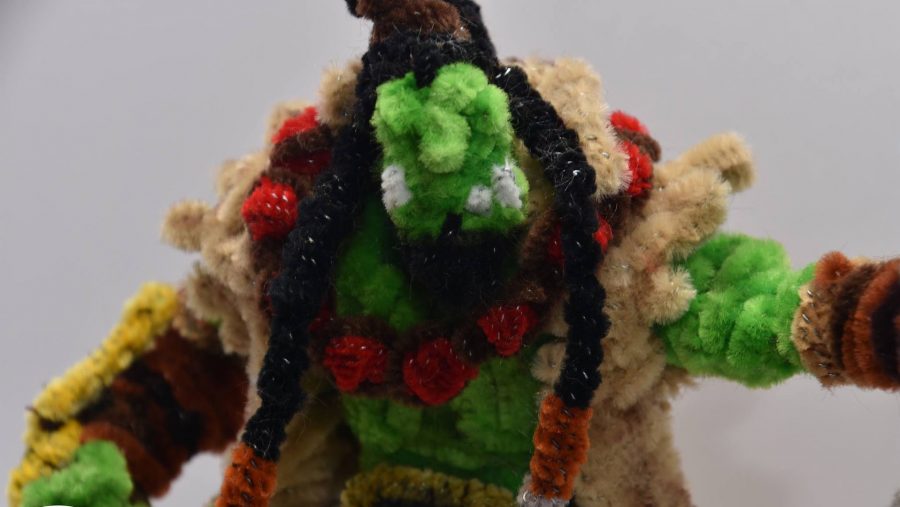 There’s a bit of a jump from pipe cleaner flower stems to intricate videogame character models, and over the years Resnick has developed a unique way of creating his figures. Every fuzzy figure has to begin somewhere. “The start for most of my figures is generated from a core or skeleton with a design I’ve perfected over the years,” Resnick says. “The design is unique so I’m looking into patents for it. From there, it’s more layering to get the shape and framing correct. After I’ve got the correct frame, I begin with details from the ground up. This is where I add the armor or clothing.”

Weapons, clothes, and armour are details that bring the figures to life, and Resnick’s models are packed with little flourishes. Thrall’s fingers wrap around the handle of the Doomhammer, and the artist has even weaved the Horde symbol into his armour. Once done, Resnick uses markers to add shading, scuffing, and blood to his figures. 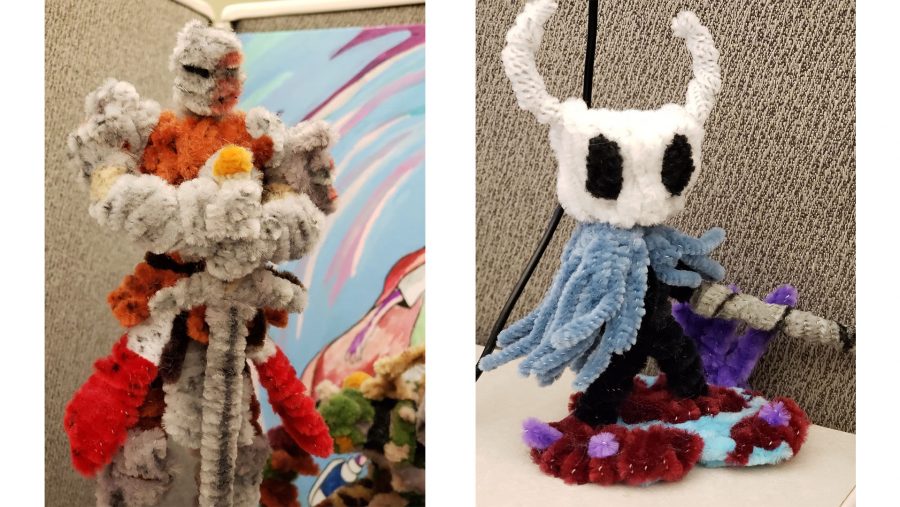 There isn’t a pipe cleaner character wikiHow page, so these techniques are something that Resnick taught himself. “When I was making these at first, I thought I was the only one so I never really relied on anything,” he says. “But as time went on, I found there were others who used other techniques. Though I have yet to find someone who does detailing like I do.”

I had a heavy obsession with Transformers but I never had the money to buy them. So, I figured, ‘Why not make them?'

Resnick’s Thrall figure stands at eight and a half inches tall, but the warchief is an exception. Most of his models are around five to seven inches high, and can be made from anywhere between 200 and 300 pipe cleaners – or stems, as they say in this very niche business. Construction time varies depending on how big the project is. “Figures can vary anywhere from several hours, to several days. It mostly depends on size and detail,” Resnick says. “All of it comes from the detail and the type of figure I’m attempting to create.”

One ongoing project is a 1,000 stem figure of BT-7274 from Titanfall 2, which has taken Resnick almost a full year to complete. “When I’m finished, he should stand around 19-22 inches on the base,” he says. “But it’s taking me forever due to structuring and the weight of the figure. I’m aiming for no metal core wiring. So it might take a while.” 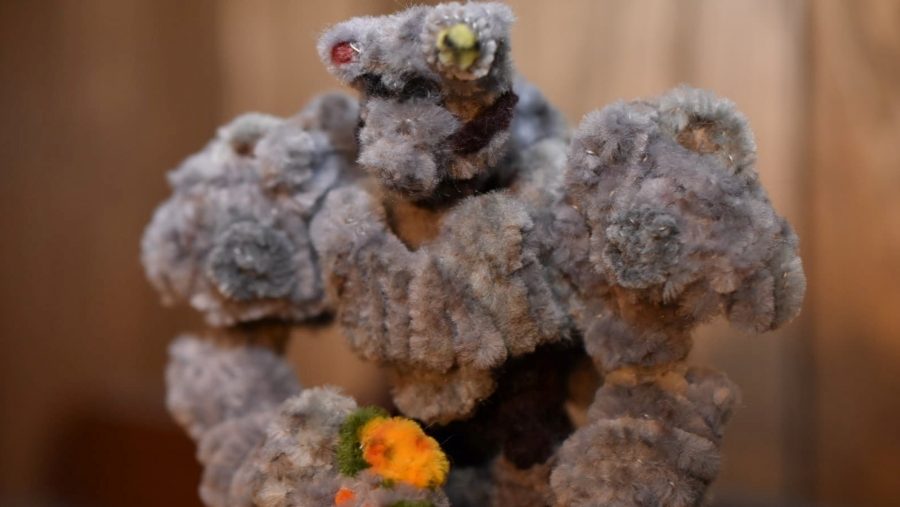 After making a variety of figures, does one lie particularly close to Resnick’s heart? “This is such a tough one, because each figure is a blast to make,” he says. “I love solving new ways to create figures and evolve what I do. If I had to choose a favourite, I would have to say it’s the Thrall figure.

“It’s the idea that I am creating something unique; something that people remember,” he adds. “But I think what I like more than that is the fact that I can actually take things from my imagination and bring them to life in a sense.”