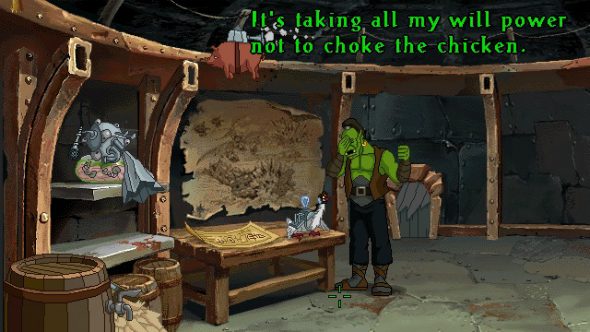 A World of Warcraft adventure game, cancelled by Blizzard near completion in 1998, has found its way onto the internet with the help of a mysterious Russian forum dweller.

If you want some games to compare it to, here are the best classic PC games from back in the day.

Warcraft Adventures: Lord of the Clans was a cartoon-ish adventure game, very much in keeping with the biggest gaming trend of the ’90s, that was unceremoniously binned reportedly only months from going gold in 1998.

Cinematics of the long-thought dead game have been cropping up on YouTube since 2010, all under Russian monikers suggesting someone outside of Blizzard had their hands on the full thing.

Now, with a post over on Scrolls of Lore forum, that much has been confirmed as a Russian user Reidor has uploaded the entire game, complete with cinematics and music in what appears to be a finished copy.

How the game has come to public light almost two decades after its death is unknown, however a Russian subsidiary of the animation company hired to work on the game, Animation Magic, could offer a clue to its route into the wild.