Update 03/11: A teaser trailer has been released featuring a scant 15 seconds of footage. Better than Doom, at least. We’ve embedded it below, along with some quickfire thoughts.

Warcraft in your blood? It’s on our list of the best MMOs.

There’s Westfall harvest golems at six seconds in. That and the very strange feeling of déjà vu for a place that we’ve previously experienced in 2005-tier 600p resolutions was Tim’s takeaway. Mine is a sort of low rumbling sound, mixed with intermittent yelps. They’re actually doing the thing where the video game I like is put into a film and there’s a non-zero chance it won’t be utter garbage.

Blizzard today announced during the Q3 earnings call that Duncan Jones will be at Blizzcon to debut the full trailer during the opening ceremony, as we previously speculated. We’ll probably have more at that time.

Original Article:As the Warcraft movie rolls ever closer to its June release date next year, we’re entering the 6-8 month hype window where videos, interviews and posters will start popping up. The latter has appeared today, along with the announcement that the first trailer will be revealed on Friday. Gee whizz, that just happens to be the first day of Blizzcon. What a coincidence. 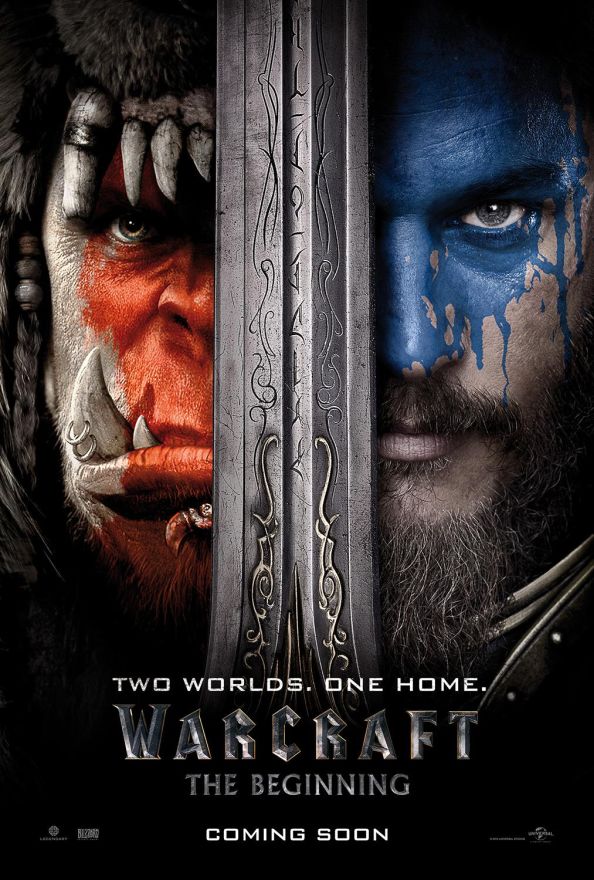 You can see a slightly higher quality version over on Warcraft’s Facebook page. I quite like it, though it may be the most forced use of the blue and orange motif I’ve ever seen. This also marks the first reveal of a subtitle: “The Beginning” – goodness me, a movie released in the 00s couldn’t possibly be thinking of becoming a long-running franchise or at the very least a trilogy, could it? Sarcasm aside, it indicates that the powers that be believe the movie is good enough, or at least likely to sell enough tickets, to be worth sequels. As someone who has been living off a drip feed of hype for this over the course of the last year, I’m happy to hear it.

As for the promise of the trailer on Friday, Blizzcon was looking slightly low on the massive reveals beyond inevitable new content for Hearthstone, Heroes of the Storm and Overwatch. Dropping this at the end of the Opening Ceremony, which will be streamed for free at the official site, makes a lot of sense to kick off the annual celebration of all things big, blue and cold. Presumably it will look something like the leaked Warcraft trailer from a couple of months back.

We’ll be bringing you a full preview of Blizzcon on Thursday, then live coverage of all the major panels on Friday. Expect interviews, previews and all the hot scoops throughout the weekend and into next week, along with a review of StarCraft II’s Legacy of the Void expansion.