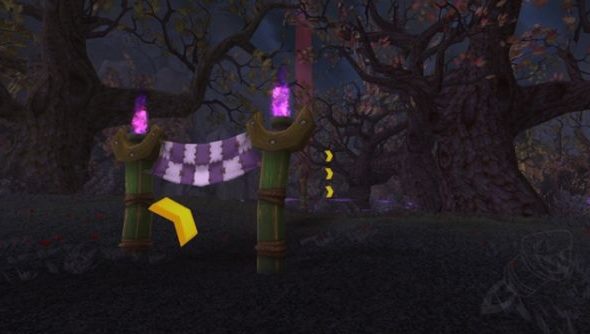 World of Warcraft players are hardly short on frivolous diversions as it is, but the next patch for one of the best MMORPGs on PC is set to be a hotbed of divergent frivolity. Level 100 players will gain access to the self-explanatory WoW S.E.L.F.I.E camera – and Darkmoon Faire island will add a race event to its list of attractions.

The race challenge is a timed, there-and-back-again checkpoint dash. It’s a simple affair that sees one player steer a special racing mount through a series of posts as quickly as they can.

Randomly dropped electrical wires can stun racers and halt their progress – but sprint boots, leaping gear and a ‘jump to banner’ key aid them in their efforts.

Watch YouTuber zetzek run through the course on the Public Test Realm:

Things are likely to get more complicated once the patch lands, and other players are ready to step in and interfere. Do you expect you’ll stick a +3 oar in?