Allied Races are one of the most exciting things coming to World of Warcraft in Battle for Azeroth. The next expansion, due this summer, will add six playable Allied Races, each with their own unique traits and special heritage armour sets. Unlocking Allied Races takes a bit of work, though, which is why we have produced this handy guide to help you get them and choose which one will become your next WoW character.

Find out everything we know about World of Warcraft: Battle for Azeroth.

What are the Allied Races?

Allied Races are new playable races; in Battle for Azeroth you will be able to create a new character and select one of the new Allied Races to play as, provided you have unlocked them.

If you have played WoW in the last 18 months you should already be familiar with four of the new Allied Races. The Nightborne, the Highmountain Tauren, Lightforged Draenei, and the Void Elves have all been introduced during the main storyline on the Broken Isles and, more recently, Argus.

With the Legion’s invasion thwarted in the final stretch of the current expansion the reason for peace between the Alliance and the Horde is gone. Both factions are gearing up for a long-overdue scrap, so it is time to start bolstering your faction’s ranks, and what better way is there to do that than by persuading an entire race (or races) to fight on your side?

The Alliance Allied Races are:

The Horde Allied Races are:

Allied Races start at level 20 with their own introductory quests before joining the main storyline. Upon reaching level 110 with an Allied Race character, you unlock the heritage armour unique to that race. Heritage armour is purely cosmetic and can be transmogged onto any armour type.

If the Allied Races do not appeal to you then it is still worth doing the short questline for the unique, faction-wide mounts that you receive for unlocking each one.

How to unlock Allied Races

You can unlock four of the Allied Races now if you have met the in-game requirements and pre-ordered Battle for Azeroth.

You will need a maximum-level character (110) to unlock a faction’s Allied Races, as well as Exalted status with key Legion-specific factions and achievements for certain area storylines completed. You can find the detailed requirements for each race in their relevant sections below.

It is likely that you have unlocked most of the requirements already if you have played through the Legion expansion. But if you haven’t, using the buffs from the Darkmoon Faire via the Carousel or the Top Hat consumable, will temporarily boost your reputation gains by 10%, which will help you to meet those requirements.

The good news is you only need to meet the unlock requirements on one character of any faction, as the achievements are account-wide. 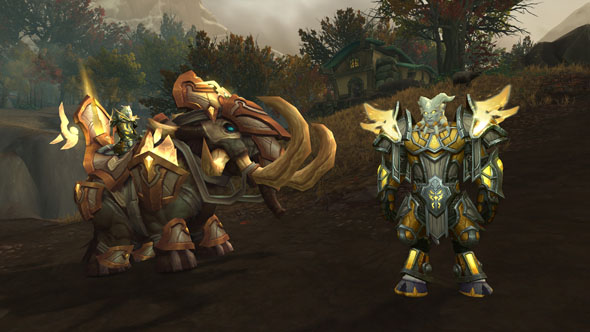 The Lightforged Draenei, like their Azeroth-dwelling brethren, are originally from Argus. They are the uncorrupted eredar that fled their home planet when Kil’jaeden and Archimonde struck a deal with the lost titan, Sargeras.

As they fled their ruined home, one of the ships, the Xenedar, broke away from the others, choosing to follow a different path. Infusing their bodies with holy light from the naaru, they joined the Army of the Light in their battle against the Burning Legion.

How to Unlock the Lightforged Draenei

You Are Now Prepared!: Complete the Argus campaign.
Officer of the Light: Earn Exalted status with the Army of the Light.

Once these requirements are met you will be able to pick up the initial recruitment quest at the Stormwind Embassy. 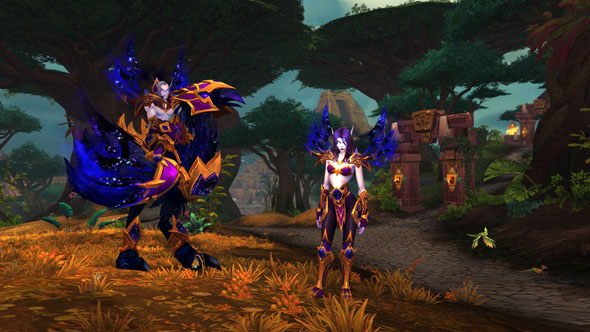 Alleria Windrunner, the first mortal to be infected with the Void, has learned how to use the dark power for good and not succumb to madness.

Following the events on Argus, and on her return to Azeroth, Alleria rescues a group of void-infected blood elves banished from Silvermoon and trains them in the art of the Void, promising their power to the Alliance.

Chill of the Night: Reduces Shadow damage taken.
Entropic Embrace: Your abilities sometimes send you into Void Locus, granting bonus Shadow damage or healing.
Ethereal Connection: Reduces the cost of Transmogrification and Void Storage.
Preternatural Calm: Your spell casts are not delayed by damage.
Spatial Rift: Teleport to a nearby destination.

How to Unlock the Void Elves

Once these requirements are met you will be able to pick up the initial recruitment quest at the Stormwind Embassy. 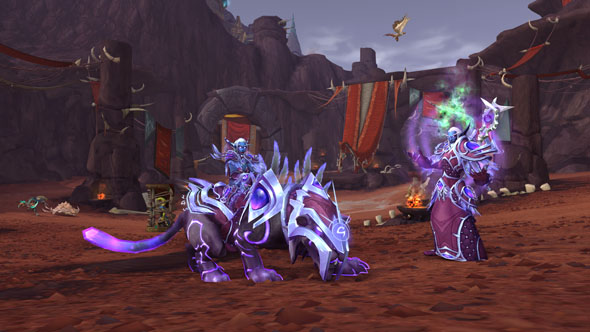 At the time of the Great Sundering, when the Well of Eternity blasted apart the Kaldorei Empire, the Highborne residents of Suramar erected a shield over the great city, protecting it from the blast but isolating the surviving night elves.

Believing the rest of the world destroyed by the Sundering, they lived in isolation for the next 10,000 years. As time went on and their dependency on the Nightwell grew, the survivors evolved into the Nightborne, an arcane-enhanced version of the original night elves.

How to Unlock the Nightborne

Once these requirements are met you will be able to pick up the initial recruitment quest at the Horde Embassy in Orgrimmar. 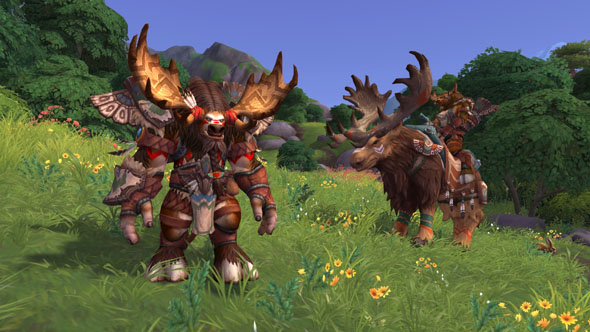 The Highmountain Tauren are named after and descended from Huln Highmountain, an ally to the night elves during the War of the Ancients. Cut off from the rest of Azeroth after the Great Sundering, the Highmountain Tauren lived in peace until the return of the Burning Legion, who did their best to turn the tribes against one another.

How to Unlock the Highmountain Tauren

Once these requirements are met you will be able to pick up the initial recruitment quest at the Horde Embassy in Orgrimmar.

There are potential spoilers in the following links, so proceed with caution.

As we have previously reported, datamining of Battle for Azeroth has started and additional information has come to light regarding the final two Allied Races.

There is also some info on the unconfirmed Mag’har orcs, another possible Allied Race that could be introduced later in Battle for Azeroth. This has prompted speculation that more will be announced at a later date, and led to the community theorising that the new Vulpera race could be an Allied Race, too.