The final days of Legion are upon us. The pre-patch for the next World of Warcraft expansion, Battle for Azeroth, has already arrived, bringing in major class changes, squishing stats, and removing some of the features that arrived with previous expansion Legion.

Sadly, we’re going to have to wait a little longer for the big drop of new content. In the next few weeks, Blizzard will start rolling out quests that introduce the new storylines, but we’ll have to amuse ourselves until then.

In a way this is a blessing. If you’re returning to WoW for the new expansion, there’s a laundry list of little tasks to work through before August 14 arrives. Once Battle for Azeroth lands, you’re not going to have time to attend to those small matters, you’ll be too busy levelling and grinding for reputation.

You’d be wise to make use of this brief reprieve before the next expansion steals your life away, then. We have a list of tasks for you to tick off while you bide your time. 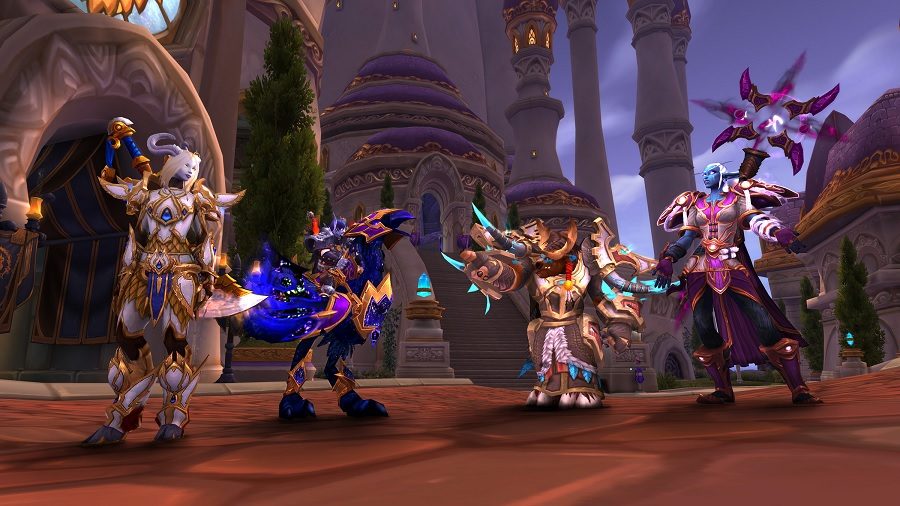 Most of the new Allied Races won’t unlock until Battle for Azeroth hits proper, but for now, you can work on unlocking the two currently available for each faction: the Nightborne and the Highmountain Tauren for the Horde, and the Void Elves and the Lightforged Draenei for the Alliance. To unlock them, each race requires you to have an exalted reputation with a certain faction and to then play a short questline.

Horde players have it a bit easier as they need to be at exalted reputation with The Nightfallen and the Highmountain Tribe. Both of these factions have been in the game since the start of Legion, so if you’ve been playing the expansion, you’ll probably be exalted with them already. Alliance players need exalted reputation with Army of the Light and Argussian Reach, two factions that were added towards the end of Legion, alongside the update that brought Argus. There’s no way to grind this quickly so just do your daily world quests.

Let’s face it, for the first few months of Battle for Azeroth, you’re gonna look a mess. You’ll be slapping on quest blues and greens, the odd crafted item, drops from dungeons and heroics. How can you be at the top of your game if your fashion isn’t on point? Well, collecting good-looking tier sets from old content should be easier now.

One of the useful changes made in the Battle for Azeroth pre-patch is an adjustment to how the Legacy content loot system works. Previously, only really old content gave you a full raid’s worth of loot while soloing, meaning that you’d have to make do with one item per boss. Now, as long as the content is at least ten levels lower than you, it’ll count as Legacy content and turn off the Personal Loot system, giving you a way better chance to get the cool gear you need. 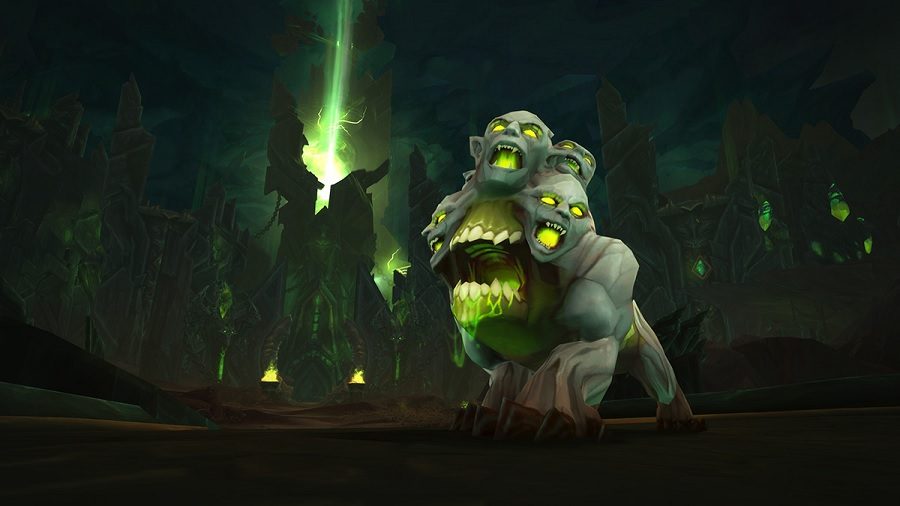 The Argus areas have tons of rare elite enemies and many of them drop mounts. Across all Argus areas there are nine possible rare mount drops. Some of these drop directly, others have a chance to be found in eggs that take a week to hatch.

Reddit user reverendball made a handy map showing where all the rare elites spawn. They don’t all spawn every day, and you can only loot each one once per day, per alt. If a rare has a daily quest up, it’ll definitely be there, but they spawn without them as well so check them all. If you’re grinding reputation for the Allied Races then building these rare elites into your daily routine will pay off.

Nowadays, it’s no longer necessary to level up your professions, but that doesn’t mean they’re now pointless. For a start, a lot of the high-level recipes still need a high skill to learn them, but also, having a high skill in some professions gives you a greater chance of success when gathering or crafting.

Having your professions sorted before the expansion hits will also ensure you’re ready to craft new gear for levelling and running dungeons. It’s always annoying having an old raid item from a previous expansion hanging around for ages because you can’t find anything better. 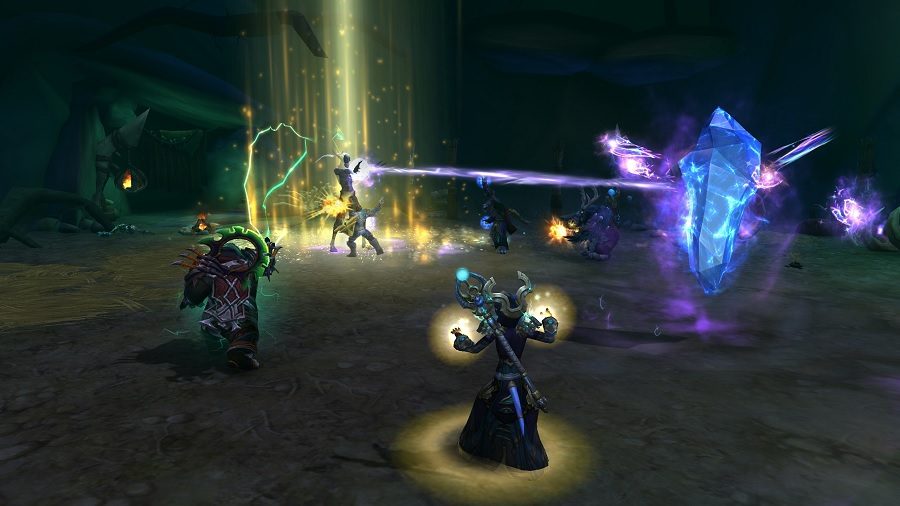 This is more than just a diversion: it’ll give you new options for the next expansion if you decide you don’t like where your main class is going. It’s also a good way to get a little spending money together before the expansion hits – though, knowing expansion inflation, the market is going to be all over the place within weeks.

At this point in Legion’s life cycle there are going to be a lot of raid groups trying to mop up the last raid achievements, farming for mounts, and getting as well geared as possible to speed up their Battle for Azeroth levelling. With that in mind, if you’re sitting on a big pile of potions or herbs, sell them. They’re going to be absolutely worthless once the expansion hits and they’re not doing anyone any good sat in your bank. 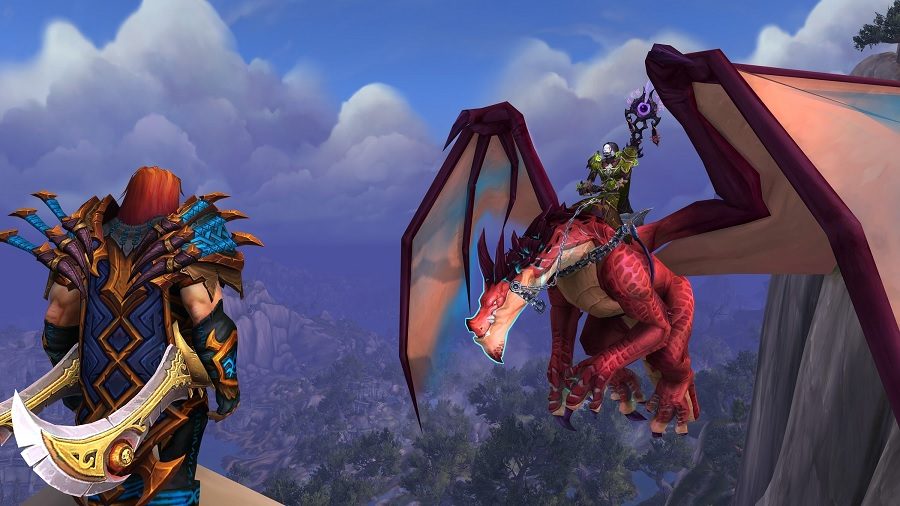 Sure, you’re not going to be spending a lot of time in Legion areas once the expansion is here, but you will sorely regret it later if you don’t unlock flying now. Trust me, I never got around to it at the end of Warlords of Draenor, and every alt I’ve levelled since has had to hoof it through levels 90-100 (literally, in the case of Tauren and Draenei). To get Legion flying you need to have done the following:

And voila – you should now have plenty of entertaining busywork to fill your time while you wait for the Battle for Azeroth quests to arrive. Happy grinding.