This year’s Battle for Azeroth expansion divided World of Warcraft players along the fault lines of its Horde and Alliance factions, but also in discussions about bugs and design decisions. Still, most players seem to agree that the quality of the expansion’s music and sound effects are among the best in the business.

The requirements of the latest expansion issued a massive challenge to the game’s composers and sound artists. As the action takes place on two very different islands – Zandalar for the Horde, and Kul Tiras for the Alliance – Blizzard’s team wasn’t able to reuse many of the sounds and audio tracks it created. Each island had to have its own personality so simply duplicating assets would not do. As a result, Battle for Azeroth has more than ten hours of music, surpassing all of the game’s previous expansions, with a similar effort put into the sound and ambient effects.

How does a development team even approach tackling such a huge amount of work? And how does the way we play influence what we hear? Here, we speak with Battle for Azeroth senior producer Jay Maguire and principal composer Glenn Stafford to find out. Together, they’re able to give us insight into their creative processes, the challenges of working with a 14-year-old game, and the art of storytelling through sound.

PCGN: How do you start thinking about the sound and music for an area in-game?

Glenn Stafford: Also, talking among ourselves, playing through the game, just sitting with the artwork or the concept art, any number of things can inspire the process for me musically. 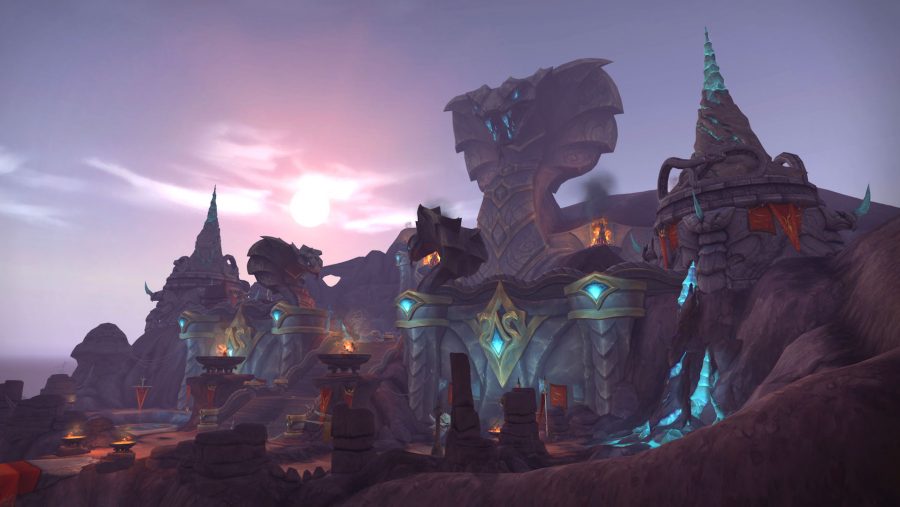 What do you look for from those sources of inspiration?

JM: It’s really important that we actually figure out the emotional beats. A lot of times, what we’ll do in those meetings is figure out who are the major characters, what the story arc is, and how it connects to other zones. And then we’re looking for the highs and the lows, because that’s a place where sound can really support it.

How is sound and music triggered in the game?

The trick with ambience is to create a file that doesn't bring attention to the fact that it's looping. That's the art

JM: In World of Warcraft, the way that we’ve typically put sound into the game is geography based. It’s attached to a building or to a zone. [The game is] not a linear play experience; it’s very much based on how you choose to interact with the world. On the sound side, we can’t anticipate every one of those moves, so it’s often best to just attach it to what you see.

Something we’re trying to do more of is make [sound] more dynamic, based on some of the actions happening around you, or even a trigger in the world that players will come across changes the music within the geographical area.

The music in Drustvar gets progressively creepier as you quest there. How did you achieve that effect?

GS: Musically speaking, we used a half step and chromaticism – half step phrases going up and down. You hear it in the Glenbrook Woods theme. Early on it’s more of the softer strings, the violins playing tremolo strings, meaning it’s like a vibrating of the strings rather than a constant note, so it gives a really neat shimmery effect. There’s a contrabass trombone that really sings brightly down in that low range and could do a big swelling sound. You don’t know what they are, because it’s not an instrument you’d typically hear on its own. But in [this] setting we’re using it almost as an effect.

We have the band doing things together. Let’s say they’re all creeping up to where they’re going to hit a target note. But we don’t tell them what to do before they hit the target note, you just tell them start here, and kind of work their way up and end up at this note at this time – but in the middle they do what you want. They all end up doing something, but it sounds really strange, and it coalesces, and then they all end up on one note. That was a really neat effect, I think, in the piece Legend of Fallhaven. 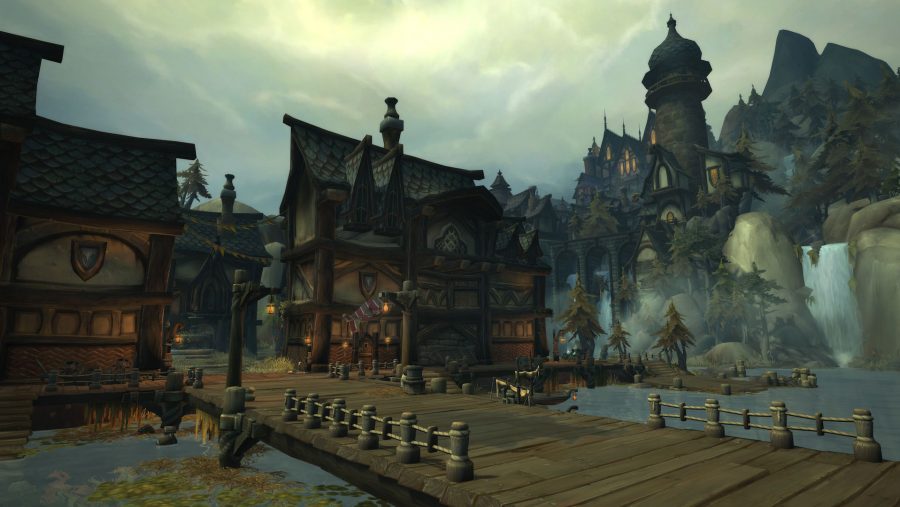 As you’re composing, what types of instruments can you call upon?

GS: The main limitation is the amount of time it takes to write and record and produce, and of course, budget. Within the scope of that, there are challenges with finding unusual or unique musicians, whether it would be some sort of exotic flute, or a guitar player who plays a bouzouki and all these strange stringed instruments. We go off-site and we record with around an 80-piece orchestra. And we do record with a live choir as well, pretty often.

What are some of the technical limitations you have to deal with?

JM: From the sound design perspective, historically with WoW, our ambiences have been like a straight two minute file. The trick with ambience is to actually create a file that doesn’t bring attention to the fact that it’s looping. So that’s kind of the art, in that process.

In the Drustvar zone, composer Glenn Stafford says you’ll hear: a celeste keyboard, a contrabass trombone, contrabassoon, a piano, vibraphones (which in some cases carry the melody), and an exotic woodwind flute. The pipe organ that plays a substantial role in the Waycrest Manor dungeon was actually synthesised.

One of the things that we’re trying to do now is peeling a lot of those individual elements out and trying to create those one-shot moments that trigger around you. A game like WoW, you’re immersed in it, you spend time in the world, and the last thing we want is to draw your attention to the fact there’s a looping sound file playing.

Has the sound quality of the game improved over the years, similar to the art resolution?

JM: Previously we were working with, and still do, 22k sound asset files. We’re [now] using 44k asset files where we find opportunities that can be supported by that additional range. A lot of spells really take advantage of that, and that’s given us the ability to further differentiate spells from each other.

GS: Thankfully. the music has been 44k for quite some time, because we insisted on that way back. 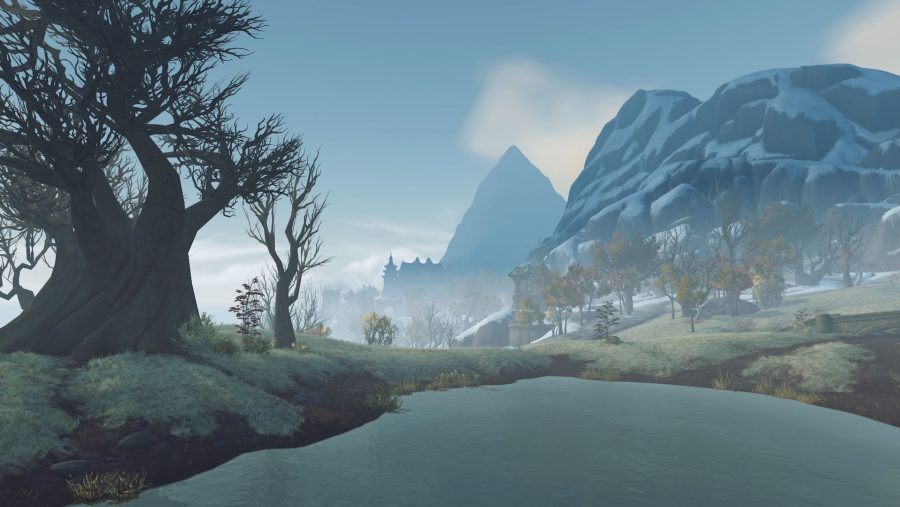 How do you balance the sounds of the game world with effects the player makes?

GS: A new mixing system allows us to focus the sound that you hear based on specific moments. For example, your player sounds should be more clear and more evident to you than another player’s spells or even a non-player character. We might have a different profile when you’re in an encounter where we change that dynamic. Maybe you want to hear a little bit more of the players you’re in the encounter with, or perhaps the boss is the most important thing to hear.

It’s controlled by categories that give us the best possible mix of the game. I think the mix is ultimately one of the most sought-after things that the sound team is really looking for in WoW. We’re constantly trying to find ways to improve on that, to clean up that soundscape, to really focus it on whatever is the most important.