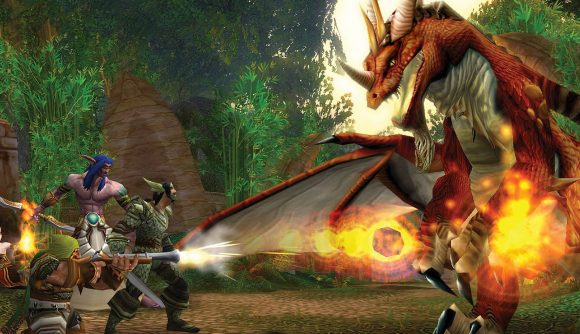 There’s been a dearth of World of Warcraft classic news in recent months, but Blizzard is making up for it in a big way heading into BlizzCon. We’re promised plenty of new announcements at the show, and attendees will be able to play a hands-on demo of the game. The demo will also be available at home via the BlizzCon Virtual Ticket for the duration of the show and then some.

The BlizzCon Virtual Ticket is available for $49.99 / €39.99 and gets you access to streams of panels throughout the show alongside a host of in-game items. This year, that also includes access to the WoW Classic demo, available following the closing ceremony on November 2 at 13:00 PT. That demo will continue to be available until 10:00 PT on November 8.

Whether you play the demo at home or on the show floor, it’ll feature a “limited questing experience” through a pair of OG low-level zone, one each for Horde and Alliance. Even if you’re not paying for a ticket yourself, this still means you’ll finally get an up-close look at WoW Classic, since there’ll be no stopping a tidal wave of streamers from broadcasting that early access.

In addition to the demo, you’ll also get a more traditional selection of in-game items with the Virtual Ticket. Those include War Mantles for both Horde and Alliance, as well as the appropriately opposed Stormwind Champion’s War Banner and Orgrimma Hero’s War Banner. (Sadly, no mounts or pets.) You can see those all in the video below below.

Blizzard first announced WoW Classic at BlizzCon last year, and it looks like we’re finally going to get some concrete details on the return to classic Azeroth soon.