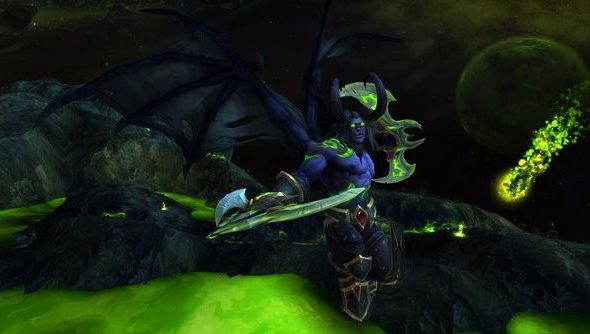 World of Warcraft is celebrating its 11th anniversary across the next two weeks. Add in the original beta and development time before that, you have over fifteen years of work. While it’s had many an update in that time, the age is starting to show when you compare it to the newer charms of Final Fantasy 14, Skyforge, and the like. Beyond graphics, the way the game plays, how abilities are used, how combat is structured – they’re no longer the pinnacle of the genre.

Demon Hunters are a crucial evolution that could help drag it back to the summit.

World of Warcraft is one of our favourite MMOs.

The difference is mobility. It’s a core pillar of the class design to be able to move around the world in new and exciting ways. They’ve got a double jump, they can glide through the air on wings – many of their abilities involve movement in some form. Naturally, it makes you look at the whole world (of Warcraft) differently. 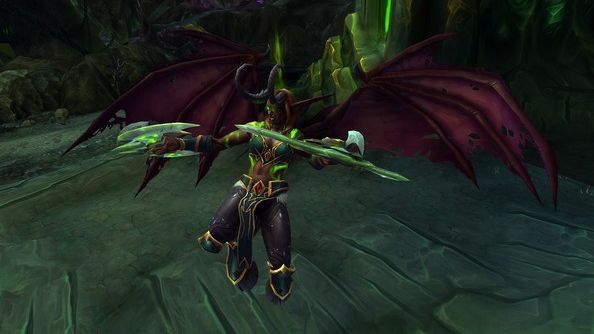 “These guys are not just agile, they need to [be] supernaturally agile,” lead designer Luis Barriga explains. “We started developing what that means, we started investigating how far we could push it: what if they can glide and it’s not [a separate ability]? What if we put it on the spacebar? What if you could double jump and it would feel actiony, platformy, rather than having you stuck in one direction?”

The answer is that it feels amazing. Playing through the Demon Hunter’s unique starting questline, you have more options on what routes to take, how to engage enemies, and the speed with which you get from place to place. Fel Rush is a big part of this, a new dash attack that stores two charges and can be used anywhere, any time, including in mid-air. While useful as a line-AoE, it’s most entertaining as a means to traverse large gaps.

Between it and the glide, you can go a serious distance. It feels new, powerful, like something the game has never done before. This isn’t a trick Blizzard will be able to limit in the same way they can prevent you getting on a flying mount – they’re constantly available abilities that will allow for more exploration, a focus which was one of my favourite features of Warlords of Draenor. 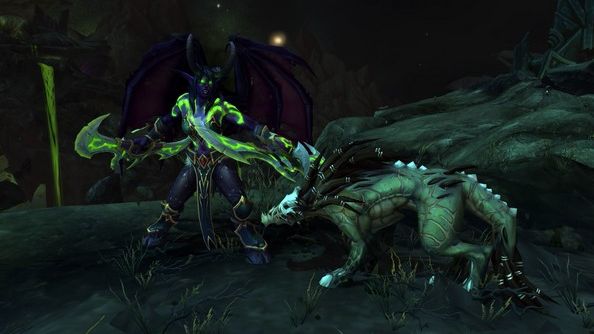 “We love the mobility. We’re so happy with how it’s turning out. It’s one of those things that regardless of making it now or making it ten years ago, our game wasn’t really built to do things like that. So there was a lot of ‘can we do this?’” reveals Luis From a pure technical standpoint, it’s taken a lot of effort to get this far.

“There’s a lot in our game that makes assumptions about where the player is and how they handle, so it’s not as easy as copy and pasting code that’s like ‘oh you jump once, make them jump again.’ In some ways it’s bigger [than adding flying mounts again]. The way some of those animations and those states interact with each other… We saw a lot of issues because of the game thinking ‘When a character jumps we expect it to land and transition into this animation’ – with the Demon Hunter we just broke all those rules.”

There came a point where decisions had to be made about just how far they were going to push this. Luis describes the best bug they had in development, sadly expunged by the time I got my hands on it, “We had a Wile E. Coyote style run after fel-rushing in the air. It was the sort of thing where we had people [from the tech team] come up and ask ‘how badly do you want to fel-rush midair?’ and we’re like ‘It has to work. Has to work.’”

It’s been well worth the extra time. A colleague and I spent about five minutes working out if we could cross one of the starting area’s massive chasms. Jump here, jump there, dash, dash, glide… no. Okay, start from this higher point, do a dash first, no we lose one jump that way… and so on. 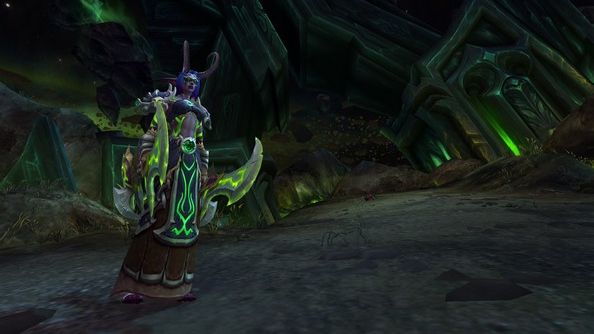 It’s no mistake that the starting area for Demon Hunters is so packed full of interesting geometry. It’s designed to show off these things, but it’s also one of the more interesting zones the team has ever put together. Based around a huge central pit, it’s packed full of new demons, rare spawns and interesting quests. The contrast with some of the older content still in the game is extreme. As was proven multiple times throughout Warlords of Draenor, Blizzard have worked out how to do a fun levelling area.

The only real issue I noticed was that there’s far too much long backtracking caused by the odd layout. Where normally I’d expect to be quickly teleported to quest givers or having them moved to me, instead I was running two or so minutes backwards. It’s a minor complaint, but missing the sort of polish that takes WoW from another MMO to the juggernaut it is.

I’m hoping this is fixed because Blizzard have even, in a rare personal twist, managed to get me interested in the plot behind the monster slaying and questing. It helps that the first part of the storyline is set during the timline of The Burning Crusade, with constant reports coming in during your progress that a small force has infiltrated the Black Temple – that being a 25-person raid of players that go on to defeat Illidan. Spoilers, but once you get back there it’s too late and you’re hefted off to jail. 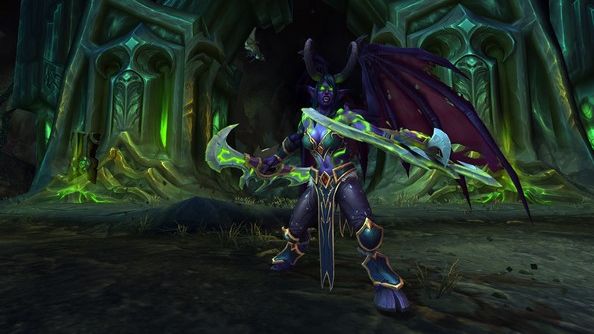 “If we had made Demon Hunters back in Burning Crusade they’d probably be a lot different than the way they are now,” says Luis, on why they never showed up back then. “We’ve always wanted to do them, we just needed an expansion for it to make sense. What better theme than the Burning Legion coming back to Azeroth to actually have that.”

Waiting this long does have its advantages, of course. “Improvements to our engine have allowed us to do a lot of stuff. For example the tattoos, some of them glow and are emissive and stuff, that’s definitely [something] we couldn’t have done had we done this five or six years ago.”

Between all this, I’ll be at least starting a Demon Hunter come Legion. Will it drag me permanently away from the glorious charms of the Warrior and their massive shields? It’s possible, with how little it seems like my old mainstay is changing. I asked Luis if much of that new mobility would perhaps make the jump to other classes now they have the technology for it, but it’s unlikely this go round. Demon Hunter movement is part of the class fantasies Blizzard are focusing on for this expansion and won’t be for others. The winged, hyper-quick, giant, horned, dual-wielding heroes are going to prove popular, that much is for sure.