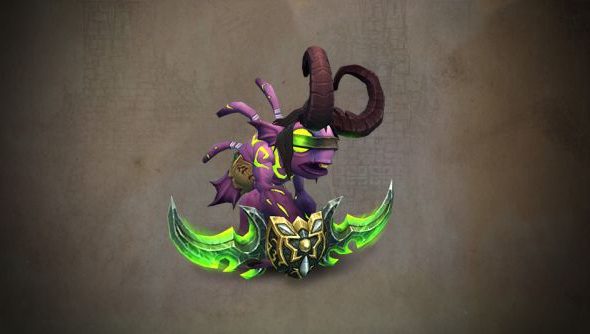 The next – and likely final – patch for World of Warcraft: Warlords of Draenor has gone live on the Public Test Realm today, and a combo of data-mining and patch notes has given us a few bare glimpses into the future, via MMO-Champion and Blizzard themselves. This includes some significant changes to features coming in 6.2.2, upcoming pets and mounts mostly related to Legion and other teases.

First: what’s happening in the patch? The lengthy full notes are available, but the two big main additions are the controversial inclusion of flying in Draenor and the other is a PvP Mercenary Mode which will allow you to fight for the opposing faction if queue times are longer than you’d like.

Flight in Draenor is unlocked via an achievement and has caused quite a stir in the community for some time. I was all for the removal of flight entirely from the game if it meant more of WoD’s treasure hunting and incredible levelling experience, plus less strain on world designers to cover up every square inch up. Others, to put it mildly, felt not reintroducing flying would be a mistake. The (relatively) happy middleground Blizzard found was to put in an achievement that was essentially “complete the open world content of the expansion” and reward it with flying, making daily quests from that point forward easier to complete and letting players use hard-earned mounts to their full potential. Legion will also use this system.

Mercenary PvP is causing a lot less drama, being mechanically only a positive for those who want to kill more players, more often. It does break one of the few remaining central tenets of WoW – that the Alliance and Horde are not only enemies, but cannot communicate in any meaningful way – but the benefits, at least from my perspective, vastly outweight the drawbacks. Queue times suck, no matter how many horns are sprouting from your head or the colour of your exposed elven pectorals.

Timewalking, the ability to revisit old expansion content as a scaled down version of yourself, is also getting some big changes. A huge number of rewards are being added across the board, including mounts and pets that can be purchased with tokens that are awarded for completion of said dungeons. Bosses now also have more and better loot, mostly for selling on the auction house or using in professions. 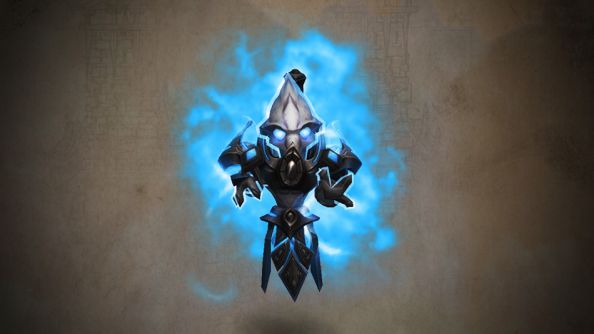 On the unofficial datamining side of things, Blizzard’s upcoming pets and mounts post has already been fully sussed out. Murkidan, who you can see in the header image, is the pet reward for attending or purchasing the livestream of Blizzcon 2015. Zeradar just up there is from the Legacy of the Void collector’s edition. Purple kitten (Brightpaw) and loose moose (Grove Warden mount) will be in-game micropurchases, while the felhoundtwins (Illidari Felstalker mount and Nibbles) come from the collector’s ed of Legion.

There will also be a level 100 boost available with Legion’s release, probably gifted free to anyone who purchases the expansion, as the level 90 boost was for Warlords. This is pretty great for getting non-playing friends and relatives into the game, as well as quickly getting a new alt to where you want it. However, the id of the purchase in WoW’s backend is different, meaning the 90 boost you may have saved from WoD, like I did, will not be ‘upgraded’.

Loads more info will be regularly updated on MMOC and on Battle.net. We’ll relay anything of significance here, of course. Personally, the introduction of further catch up mechanics on the legendary quest line are what might drag me back in for another month, plus the soon-to-be-released final wing of Hellfire Citadel in LFR. Don’t look at me like that, I haven’t got the time for guilds and group finder’s a crapshoot unless you dedicate an evening.