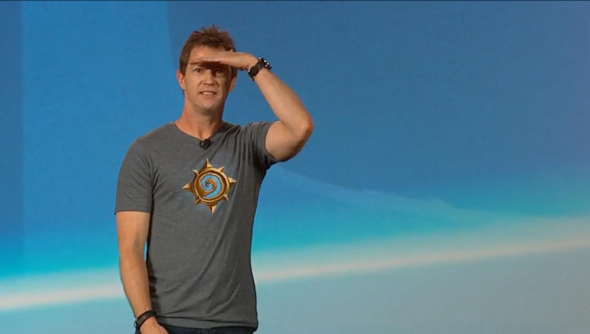 Lead designer on World of Warcraft and former chief creative officer of Blizzard Rob Pardo has said that he thinks eSports should be part of the Olympics. He says that sport is becoming more broadly defined and “there’s a very good argument for e-sports being in the Olympics.”

“I think the way that you look at e-sports is that it’s a very competitive skillset and you look at these professional gamers and the reflexes are lightning quick and they’re having to make very quick decisions on the fly,” Pardo said. “When you look at their ‘actions per minute’, they’re clearing over 300.”

Pardo says a cultural battle is taking place between a traditional definition of sports and an emerging modern definition. “If you want to define sport as something that takes a lot of physical exertion, then it’s hard to argue that video games should be a sport, but at the same time, when I’m looking at things that are already in the Olympics, I start questioning the definition.”

However, the International Olympic Committee has resisted including, what it calls, “mind sports”, such as chess.

You can listen to Pardo make his argument on BBC 5 Live’s Let’s Talk About Tech.