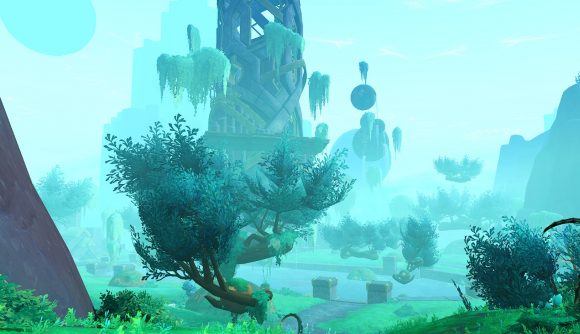 Blizzard has revealed that World of Warcraft’s 9.2 update – The Eternity’s End, if you’re fancy – will hit North American servers on February 22 and European servers a day later.

The second season of Shadowlands’ PvP and Mythic content will also be drawing to a close in the days running up the release of Eternity’s End, so get your seasonal rewards and titles while you still can. Don’t worry about finding things to do after season two ends, though, as PvP and Mythic off-season will come into play. You’ll still be able to grind for some goodies, but the leader boards will be locked.

Blizzard has also confirmed the raid release schedule for Sepulcher of the First Ones in a separate post. Normal and Heroic difficulties will go live on March 1, though the last three bosses won’t be available to lock horns with. Once March 8 comes around, though, you’ll be able to tackle all of the bosses on the normal, Heroic, and Mythic difficulties. The first raid finder wing will go live on March 8, too, though you’ll have to wait until March 22, April 5, and April 19 for the next three to unlock.

Alongside the 11-boss Sepulcher of the First Ones raid, WoW’s 9.2 update introduces a new zone, progression system, and Torghast Wing. Class tier sets are also returning, and season three of PvP and Mythic will also go live during the patch’s life cycle.

In other news, Blizzard recently revealed that WoW is getting cross-faction play after Eternity’s End, while Xbox chief Phil Spencer has revealed that he wants to get more people playing World of Warcraft by making it more accessible – plenty going on, then.

For more of the best MMORPG’s on PC, you can follow that link.