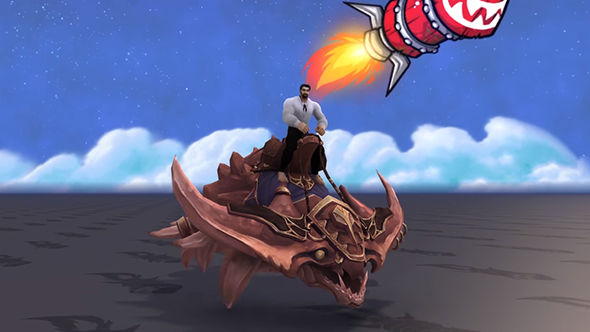 Datamining season continues apace for World of Warcraft’s next expansion, and it’s time for a look at another new mount that will make its debut in Battle for Azeroth. This time it’s the Krolusk, a six-legged crustacean that bears a strong resemblance to a trilobite.

Find out more about Battle for Azeroth’s Allied Races.

Our look at the creature once again comes courtesy of Wowhead, and it appears our new buddy will feature nine different colour variations. Personally, I like the look of the darkest one. The Krolusk may be related to the Sethrak in Horde zone Vol’dun, as some BlizzCon images showcased the serpentine people riding them.

Also of note is the fact that a Krolusk previously appeared as The Sand Queen, the first boss of Tol Dagor.

If you’ve missed the other rideable creatures we’ve seen in the latest datamines, they include the flying, jellyfish-esque Hivemind mount, a Bloodfeaster spider mount, and even a giant bee mount.