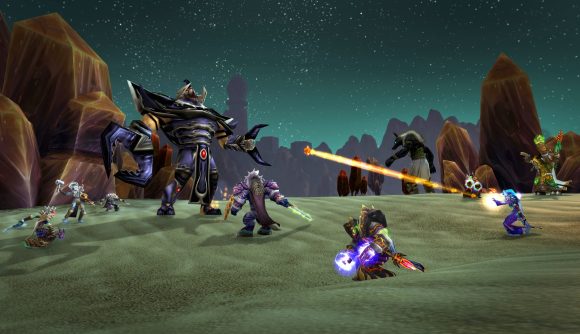 A room stuffed to capacity with World of Warcraft players running around in a mosh pit was the last thing I expected to see while scrolling through Reddit. Being the curious soul that I am, I had to find out why members of the horde were bouncing around to the tune of a DJ. All this appears to be happening as players were trying to prevent a guild from getting an advantage over others by setting up an event to start at an unsociable hour.

World of Warcraft players on the WoW Classic server Gandling are currently in the middle of the Ahn’Qiraj War Effort. As part of that, the entire server needs to come together and hand in items to get war supplies and advance the event. Apparently, one Alliance guild was manipulating that process to make sure that the event started at an unsociable hour for the rest of the people in the server. In doing that, the guild could deny rival groups the chance at getting a server first completion of the event at the expense of most players being able to take part in it.

A large group of Horde players didn’t like that, so they gathered around an NPC to block the Alliance guild from carrying out that plan. One person on Reddit event referred to it as the true ‘ten hour war’. I guess that gets boring, so someone started a big ol’ most pit, which one WoW content creator was on hand to capture and DJ.

“Just a lovely little event,” one person on Reddit says. “DJ kept everyone hyped for a pretty good amount of time. The numbers of bodies dancing everywhere are just awesome. Four server crashes though, and in my case sometimes four frames per second.”

You can see the video of the WoW Classic moshpit in the Ironforge below: 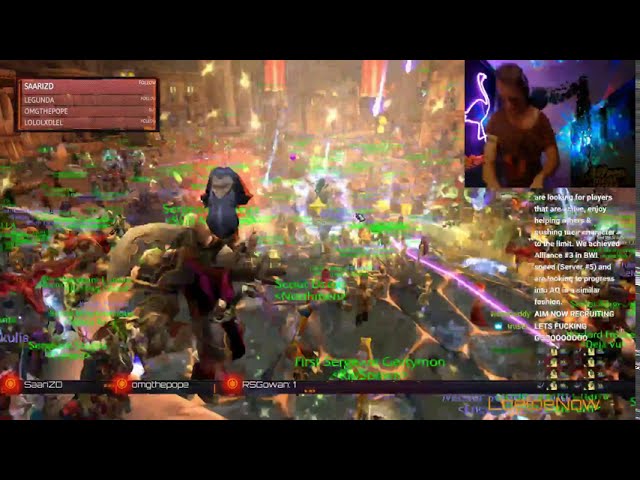